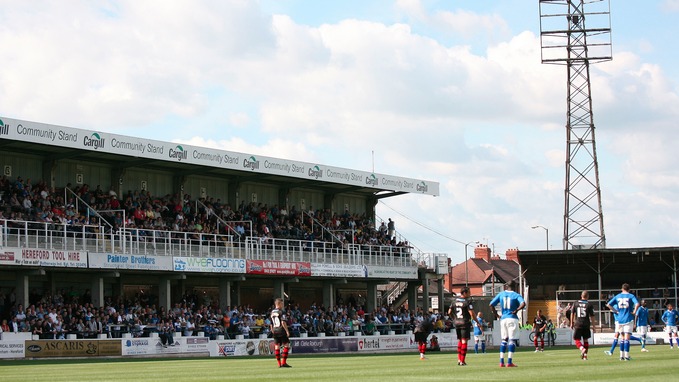 The 90 year old football club who played their games at Edgar street were wound up in the High Court over a mass of unpaid debt but nobody was clear as to the large extent of debt the directors had incurred.

Owner and Chairman elect Andrew Lonsdale had promised fans he would invest one million pounds to keep the club afloat but this never materialised.

Liquidators Mitzi Mace, based in Bristol, are the official receivers dealing with the liquidation. Insolvency service Media Manager, Ade Daramy advised that the football club had over 900 creditors.

“A notice will be going out for a meeting of creditors,” said Daramy.

“Some assets – mainly chairs and tables – have been recovered but they are not likely to generate much.

“At this stage, it does not appear there is much that can be auctioned.”

“There are a few sports equipment and memorabilia that may interest some fans, but there is nothing of substantial value.

“They didn’t own any of the buildings because they were leased.”

He also advised that the directors of the limited company have been contacted and are required by law to provide individual statements of what led to the company’s liquidation.

“Once that has been done, we can issue more up to date details,” he said.

Daramy also confirmed that the Insolvency Service’s investigations had been completed, the limited company would be dissolved and deleted from Companies House’s register.

HMRC to increase use of Debt Collection Agencies