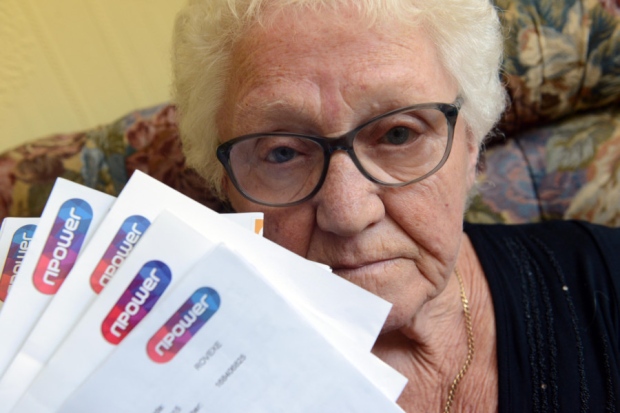 The staff at a South Tyneside charity have been praised by a great-grandmother after coming to her aid over Npower energy bill issues.

Pat Mountain says problems with NPower began after she moved into her new home in Julius Court, South Shields, last August. Within days she had received an energy bill, which she queried because of the speed at which it was sent out.

The 79-year-old then claims she failed to receive another bill for a number of months – despite handing over meter readings to them. However, when bills started to arrive it was only then a problem with the meter itself was discovered.

Mrs Mountain, who has a number of health issues, said:

“Due to my ill-health I was struggling to bend down for the meter reading, so I asked family and friends. It was them who noticed a problem with the meter. Numbers were going backwards and forwards”.

“I told NPower about the problem and asked for it to be fixed but they sent out bills, and then debt collection letters. The whole thing terrified me and I was scared to go out. I even went to the Ombudsman. I told Age UK about the problems and thankfully they took over for me.”

Mrs Mountain is now encouraging other people who are having issues with energy suppliers not to suffer in silence but to seek help.

Elderly people who are struggling with debt or care home fees are urged to consider equity release. The use of a equity release calculator can provide a great insight into what’s available.

She added: “Age UK were fantastic. I can’t thank them enough for getting everything sorted – I wouldn’t be here if it wasn’t for them as the whole thing was making me ill.”

“We receive calls from an increasing number of pensioners who are unable to resolve problems with their utility providers. Our advisors have years of experience in providing support to assist over 3500 older people every year, providing information and advice, as well as acting as advocates on their behalf. After liaison with Pat’s utility provider, we’re really pleased to hear that the issue has been resolved.”