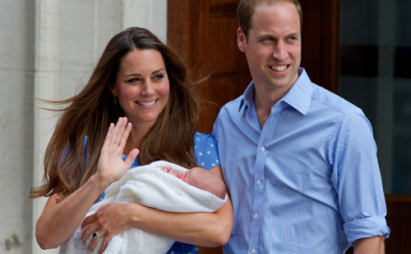 The new nanny of the Royal latest addition, Prince George, was the subject of discussion yesterday after being exposed as a council tax evader.

Maria-Teresa Turrion Borrallo aged 43, was named on a Spanish local authority list of debtors. She had been threatened with Debt Collection action unless a property tax (with fines and interest) was paid immediately.

Spanish Council bosses in her home city of Palencia had added her to a online register after failed in house debt recovery action failed to get her to pay off the outstanding debt. Ms Borallo has now paid the debt but still remains on the ‘name and shame’ list.

This revelation will no doubt cause huge embarrassment for Borallo, who began her new role as the official nanny to Prince George no more than three weeks ago. Ms Borallo had been subject to a rigorous and intensive interviewing process prior to her appointment.

Despite her successful appointment, this news will undoubtedly put a blemish on her otherwise perfect Curriculum vitae.

Ms Borrallo whose official status is single, was named and shamed in Palencia’s official ‘Provincial Gazettes’ in May 2007 & July 2008 for two years non payment of IBI. IBI is the spanish equivalent of the UK council tax.

A Kensington spokesperson refused to comment on the matter advising that the Duke and Duchess of Cambridge are delighted with their new appointment.