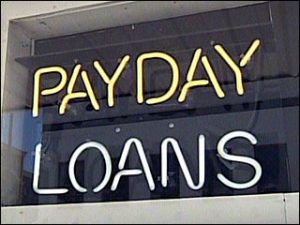 Controversial payday loans firm Wonga has written off a total of £220m of debt owing from 330,000 customers after admitting making loans to people who were not in a position to repay them.

The much criticised company will also incur approximately £35 million worth of costs as it will not impose fees and charges related to around 45,000 customers.

The bold move, which comes after the regulator found Wonga had provided loans to some individuals after carrying out inadequate means checks, means that about 330,000 customers who are more than 30 days in arrears will have the remainder of their loan written off.

A staggering further 45,000 customers who are up to 29 days in arrears will be asked to repay their debt without interest and charges and will an additional option of paying off their debt over four months.

While the firm has not given an average amount for the level of debt held by those customers who will see their loans completely vanish, £220 million divided by 330,000 comes to £666.

The firm also announced that it has put a more diligent lending criteria in place, resulting in “significantly fewer” loan applications and some existing customers may find they no longer qualify for a loan.

Those who will see their loans either written off or have interest and charges knocked off represent around 20% of the 1.8 million customers who have ever taken out a loan with Wonga.

As Britain’s biggest payday lender, Wonga currently has around 1m customers. It will contact people by October 10 to tell them if they are included in this redress programme and the sum remaining, if any. It has been stressed though that customers should continue making payments unless Wonga tells them to stop.

Wonga has also said it has improved the online information it provides on debt and money advice, both at the application stage and when someone is refused credit.

The announcement was applauded by consumer campaigners who said payday lenders must be kept “on a tight leash”, and by Archbishop of Canterbury Justin Welby, who called for “ a financial system that gives access to the poor and hope for the poorest in our lands”.

The majority of the £220 million in write-offs has been placed in Wonga’s accounts already and it expects the £35 million cost to feature in its financial accounts for the next year.

Last week, Wonga announced it is seeing its profits more than halve last year after it racked up £18.8 million in costs relating to a scandal over fake debt collection letters. The company expects to be “smaller and less profitable” in the immediate future and it looks to repair its battered reputation.

The Financial Conduct Authority (FCA) has put payday lenders firmly under the microscope since taking over regulation of the sector in April this year.

FCA director of supervision Clive Adamson said: “This should put the rest of the industry on notice – they need to lend affordably and responsibly.

“It is absolutely right that Wonga’s new management team has acted quickly to put things right for their customers after these issues were raised by the FCA.”

The regulator has already strengthened the rules under which lenders are allowed to operate and plans to impose a price cap in January on the fees and interest charged by payday firms, to protect borrowers from escalating debts.

Payday firms currently have only “interim permission” to operate under the FCA’s toughened regime and they will need to pass assessments in the coming months to get full permission to carry on.

In June, Wonga was ordered to pay compensation of £2.6 million by the FCA after sending threatening legal letters from fake Debt Collection & legal firms to 45,000 customers.

TheFCA said Wonga had been guilty of “unfair and misleading debt collection practices” by creating fake companies to pressure struggling customers into payment.

Wonga plans to overhaul the image it presents, minimising the risk of it attracting the very young or vulnerable.

Richard Lloyd, executive director of consumer group Which?, said: “Wonga’s announcement is better late than never for struggling borrowers but it’s clearly a result of the regulator taking a tougher approach. The FCA must keep payday lenders on a tight leash.”

Joanna Elson, chief executive of charity the Money Advice Trust, said: “These moves are a welcome step in the right direction. “Nevertheless we know that there will remain a large number of borrowers with payday loans who are struggling to cope with their debts.”