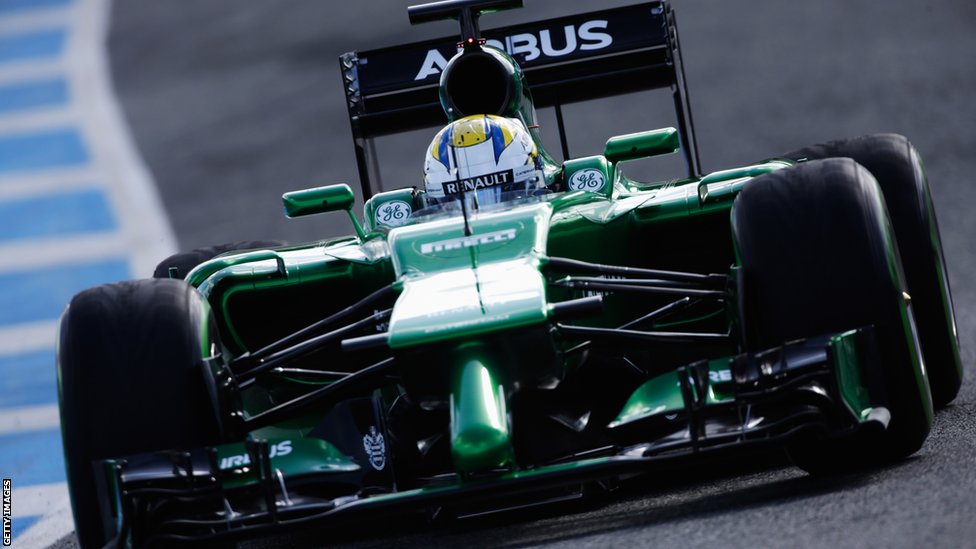 UK based Formula One team Caterham have stated their intention to race in Japan Grand Prix despite receiving a visit from bailiffs on Tuesday and allegedly having items seized.

The swiss – middle eastern owned team,  based in Oxfordshire, has had  several items seized by baillifs , said to include a 2013 F1 test car, F1 car parts intended for use this weekend in Japan, F1 competition steering wheels and F1 competition wheels.

The team, which amazingly have not scored a single point in almost four full seasons, changed ownership in July when it was sold by Malaysian entrepreneur and owner of Queens Park Rangers Football Club, Tony Fernandes, to a consortium of Swiss and Middle Eastern investors. This is rumoured to have lead to more than 40 job losses at the time.

In a statement released from Caterham said: “All operations are currently in place at Leafield and the race team is doing its preparation in Japan.”

The bailiffs’ action is understood to have been taken against Caterham Sports Limited.

A spokeswoman for the Sheriffs Office has said that three writs of control had been enforced and that the goods taken would be returned “if the judgment debt is paid in full before the goods are sold”.

The Sheriffs Office earlier announced  that items “seized and removed from a Formula 1 team” would be auctioned off later this month.

In response, a spokesperson for Caterham said in a statement that the bailiffs’ action concerns a supplier to parent company 1MRT and denied “uncontrolled rumours” that the team’s involvement in Formula 1 would be affected.

“This company is not owned by 1MRT and it has no influence over the entry of Caterham F1 or the entrant,” the statement finished.