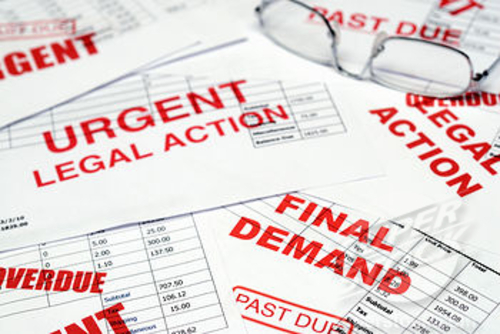 Late payments are crippling many small businesses, according to a survey by the Federation of Small Businesses.

The survey found that almost three-quarters of companies have been paid late in the last 12 months. This puts strain on their cashflow – meaning that they find it hard to pay their suppliers and their staff on time.

According to the survey, two of the worst payers are big businesses and members of the public.

Small businesses say chasing late payments uses up valuable resources that could be better used to attract new customers, instead of clawing back what they’re owed.

Jackie Williams runs her own micro-business servicing smoke ventilation systems in Cardiff. She wants to see the Government back her ‘Just Pay’ campaign, which would see businesses settle their debts 37 days after invoice.

“We always pay on 37 days, and sometimes that’s very difficult, but obviously in the current financial trading situation banks aren’t keen to give overdrafts. People are holding onto their cash and it causes a knock-on effect that leads to such a big challenge for business.”

The Federation of Small Businesses says the Government’s commitment to pay all invoices to small firms within 10 days has improved payment times, but that more can be done to protect small businesses dealing with late payments.

“In the current economic climate, every penny counts and for small businesses a late invoice can mean not being able to pay their staff. We need to see all businesses ensuring that they make payments on time if the private sector is to get on with the job in hand of strengthening the recovery.”

Companies that are suffering from late payment are advised to act sooner.