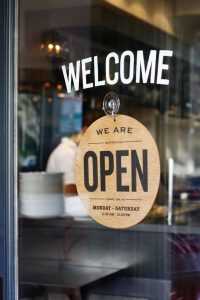 Personal insolvencies have fallen to a four-year low, despite the toughening economy, official figures show.

Within these figures, bankruptcies are at their lowest since 2003, with 8,088 bankruptcy orders made in the second quarter of this year, representing a 27% drop on a year ago, the Insolvency Service report showed.

The service said that bankruptcy numbers have been affected by the introduction of debt relief orders (DROs), which have risen to reach a similar level to bankruptcies for the first time.

DROs, which were introduced in 2009 and are often dubbed “bankruptcy light”, reached a new high in the second quarter of this year at 7,956, an increase of almost 10% on a year ago.

Overall, there were 27,390 personal insolvencies in England and Wales in the second quarter of this year, a 10% decrease on the same period a year ago and the lowest figure since the summer of 2008.

Individual voluntary arrangements (IVAs), which are also included in the figures, were down nearly 7% year-on-year to 11,346. Bankruptcy numbers have now been lower than IVAs for more than a year.

Analysts have said the official figures are the tip of the iceberg for people struggling with debt, with an estimated six million households living on the edge.