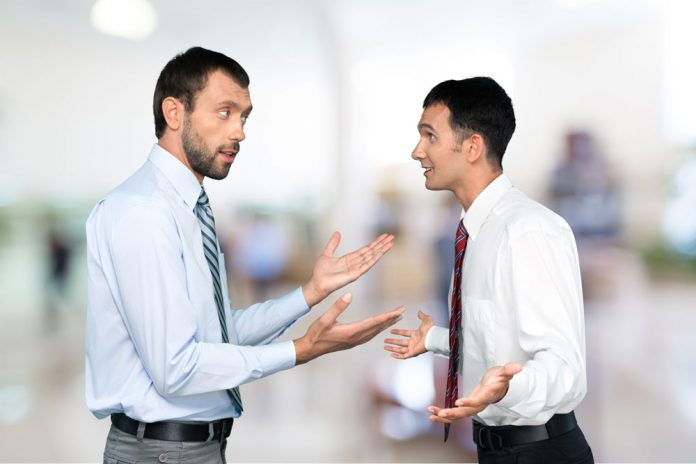 Kevin Fox, 45, is accused of repeatedly harassing her husband Michael Hall, a millionaire property developer, at his office and at the couple’s home. The court heard the debt collector first turned up uninvited at Mr Hall’s offices in Victoria, Central London, on February 9 this year. He was said to be acting for a client who claimed a company part-owned by Mr Hall owed £67,000 to him.

A further two more visits to the office were made, in which Mr Fox was said to have made violent threats, before the court heard he then turned up at the couple’s home in Wimbledon. Although Natasha and her husband, who have three children, were out, the visit had a frightening impact on the family, the court heard.

Mr Hall, who is seeking damages and an injunction against Fox, came face to face with the man who he alleged had left his 39-year-old wife of five years terrified at the High Court. Mr Hall said Fox’s unsolicited visit to their home on February 29 while builders were at work was ‘very, very upsetting’.

Mr Hall told Fox, who is representing himself:

“You were putting considerable pressure on me and my family. My wife’s hair has nearly gone white since you walked in our house.’

In a statement about the visit Mr Hall added:

‘The defendant intimidated the builders who were working on site and took it upon himself to walk around the premises, while uttering further threats of violence to the point that one of the contractors decided to leave, in fear of their own personal safety.’

It is alleged that Fox is then said to have commented that ‘he wished to know the layout of the property for future reference’.

‘Such a comment was clearly designed to intimidate and to cause the claimant to be concerned for his personal safety,’ the statement said. Fox told the court it was ‘wholly untruthful’ that he entered the couple’s home, and said the house was ‘a derelict building site’ at the time.

‘It was a building site, it wasn’t derelict, it was our house.’

Fox, who denies the civil harassment claim, has a previous criminal record after being jailed for seven years in 2004 for theft and possession of a firearm with intent after he, and two other men, stole £1.4million in gold bars from  bullion firm Johnson Matthey.

The court then heard Mr Hall did not call the police about the alleged harassment but instead asked former Tory MP and London mayoral candidate Stephen Norris to enlist the help of senior police contacts. Mr Norris is chairman of Obsidian Regeneration, Mr Hall’s property group.

Mr Hall denied he had been trying to get Mr Norris to ‘scare’ Fox  but merely to ‘use his influence’ to resolve the situation, and added:

‘I did not want a media circus…which I have now.’

Asked why he had hired bodyguards to protect himself and his family rather than calling the police, Mr Hall told Fox:

‘I wanted to try and get you to back away.’

He said he had been told Fox was ‘a very dangerous criminal who had been imprisoned in Belmarsh for a criminal offence’. Mr Hall, who married Natasha Caine in 2007, said Fox’s demands for money amounted to ‘blackmail’ and added:

‘My understanding is you are an underworld enforcer and you threaten people in order to get money.’

Fox, from New Barnet, Hertfordshire, told the court that it was ‘an abuse’ for Mr Norris to speak to senior police officers on behalf of Mr Hall.

‘To be absolutely clear, you spoke to Mr Norris so he could use his influence, so he could speak to the right people,’

‘My claimant says no debt is owed at all. In respect of that matter the course of the conduct is such that it amounts to harassment. There is no proper excuse for what is going on.’

Fox denies all claims by Mr  Hall that he acted in a threatening way. The case at the High  Court continues.