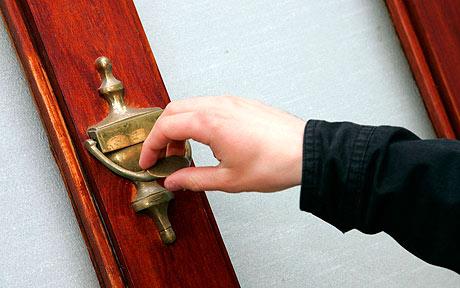 BAILIFFS hired by a council to recover more than £2 million in unpaid tax have yet to recoup a single penny.

The Sentinel revealed that Stoke-on-Trent City Council had called in a debt collection company to attempt the recover £14 million of debt owed by residents.

But to date the authority is yet to see any of the £2.1 million it expects the company to recover since awarding the contract on a ‘no collection, no fee’ basis at the start of last month.

The announcement comes after finance officers revealed the authority was still attempting to claw back unpaid poll tax from the early 1990s.

Pete Bates, the council’s assistant director of financial services, said: “We are still in the early days and the bailiffs are working through contacts to get the money.

“We have a team of professionals and we have not received a payment yet which speaks volumes about collecting ‘legacy debt’.”

The authority used its own staff to reduce the debt mountain by £5 million last year but said it decided to use a private company as part of a ‘determined effort’ to collect £2.1 million of the £14 million of debt owed by residents in the Potteries.

Councillors yesterday voted against a call for the Labour-run authority’s cabinet to change its mind over a decision to write-off £6 million in unpaid council tax and £2.5 million of unpaid business rates.

Councillor Dave Conway, who, along with councillors Terry Follows and Ann James, unsuccessfully attempted to force the U-turn.

Mr Conway, leader of the City Independents Group, said: “It is depressing that there is a long-established weakness in tackling a worrying problem.”

Mr Conway also called for improvements to be made in the way residents pay their council tax to help the authority tackle outstanding debts early.

He added: “In the last couple of weeks people have complained to me that they have gone to pay at a Local Centre and the machines won’t accept their cards. This is when you get debts – when people have their backs up.

“We need to update the machines and at least have somebody sat behind a cash desk.”

The council said the debt was written off as it was deemed ‘irrecoverable’ because the individuals had absconded, been declared bankrupt or passed away.

Councillor Paul Shotton, cabinet member for commissioning, procurement and finance, added: “If people will not pay us we will use every method to get the money we are owed.”

Concerns over the authority’s payment machines were also registered.