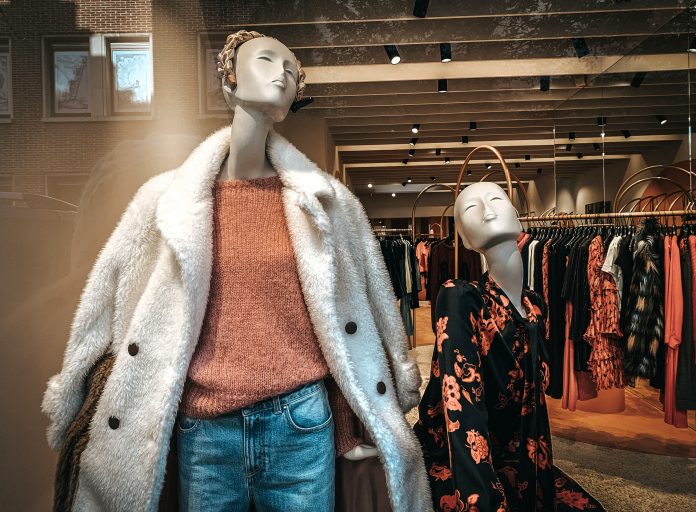 Leading online UK fast-fashion retailer Missguided has been served with a winding up petition due to unpaid debts. The company is said to be the brink of collapse with millions of unpaid business debts owed to suppliers.

It is claimed that Office workers at the online brand have stopped answering the phones as angry suppliers and debt collection agencies continually call demanding payment, a source within the company claims.

Some Suppliers have even reportedly turned up at the retailer’s headquarters in Manchester on Tuesday after being ignored. Missguided called the police and sent all its staff home.

A number of suppliers for the doomed fashion company have said they are facing liquidation themselves due to the non payment of invoices.

Creditors have now applied for compulsory liquidation and a petition has been lodged against the firm in what they have called a “train crash” situation. A Manchester court is due to hear the case in July.

It is claimed the brand, which shot up in popularity after securing a partnership with reality ITV show Love Island, is continuing to attempt to place clothes orders with the same suppliers awaiting large sums.

Missguided has faced intense competition from British market leader Boohoo, which owns brands including Pretty Little Thing, Karen Millen and Dorothy Perkins, for years. But the Chinese fast-fashion company Shein, now valued at $100bn, has been piling on the pressure.

Supply chain disruption, overspending and inflation have combined to leave the company on the brink of collapse, with the boost in online sales during the pandemic failing to translate to profits because of rising costs.

In December, the company made redundancies and tried to stay afloat by selling a 50 per cent share of the business to private equity firm Alteri, which focuses on underperforming businesses. Soon afterwards, clothing suppliers were told they would have to cut their prices by 30 per cent, even on orders they had already delivered, according to multiple sources.

A factory owner is now seeking Missguided’s compulsory liquidation in an attempt to recover their money. Another supplier supporting this creditor’s legal petition, which is set to go before a court on 26 July, said Missguided is its sole customer and owes them more than £2million.

A supplier is reported to have told I News “They don’t understand the consequences of making suppliers work for margins of two to five per cent and then doing this,” they said. “The money we’re owed is not ours – it belongs to fabric mills, to trim suppliers, to payroll, to HMRC – but then overnight they say they’re not going to pay us.

“We are now trying our level best to secure new business, working around the clock, otherwise I don’t know where we will end up. I’ve sent various emails and get no response whatsoever, they’re all ignored, but then when they need something from us they call us 20 times a day.”

“I had to raise £40,000 to pay my staff’s wages, I was really in a bit of a pickle, so as a last resort last Friday we had to sell my mum’s and my wife’s gold to pay my staff wages – rings, bracelets, chains,” said the Leicester factory owner, who employs around 80 staff and is owed more than £500,000.

“My wife’s jewellery, given to her to her mum at our wedding – she sold that. My mum’s jewellery, which she’s collected over 30 to 40 years, we had to sell that. I have had to take out loans of about £100,000 secured with my property to cover the debts, we’re struggling like mad. My wife and I, we weren’t drawing any wages out of the business, we were six months late on our mortgage and our house was going to be repossessed. My sister had to help us out.”

“If Missguided goes into liquidation, Alteri will get their money first and we won’t. I think I will go bust, there will be knock-on effects and it will be hard for our staff to find new jobs. They are all really worried.”

Another supplier, a UK based factory owner said they are owed £500,000 “I’ve got my own suppliers to pay and the clock is ticking, they’re going to come knocking on my door soon. This money isn’t going to go into our pockets, we need to pay other people, but we’re not being told anything. I’ve had to look at legal advice.”

A spokesperson for Missguided said: “Missguided is aware of the action being taken by certain creditors of the company in recent days, and is working urgently to address this. A process to identify a buyer with the required resources and platform for the business commenced in April and we expect to a provide an update on progress of that process in the near future.”

Several online and high-street stores have been considering launching takeovers of Missguided, with JD Sports, Asos, Shein, Frasers Group and Asda all contemplating making bids, according to Retail Gazette.

One person who has been taking debt collection telephone calls from irate creditors said “The only reason they weren’t getting paid was because there wasn’t enough money to pay them. People were quite optimistic after Christmas when the investment had happened. But in March and April, payments to suppliers started becoming an issue again and sales were poor. Everybody who’s been there a long time has just left because they felt so disheartened and let down.”

The latest developments will raise many concerns for textile workers in the UK’s clothes manufacturing capital, Leicester, where many Missguided suppliers are based.

Dominique Muller, policy lead at the fashion ethics campaign group Labour Behind the Label, said: “The lack of communication from Missguided is an appalling indictment on the way small suppliers and their workers are treated by large companies. These clothes have now been sold and the proceeds pocketed – leaving workers out of pocket.”

She added: “The UK government is resisting legislation that would ensure brands and retailers have legal and financial responsibility for workers in their supply chain. This needs to change… The fact that workers in the supply chain of a clothing brand are bottom of the pile when it comes to getting money during a bankruptcy, while investors which make a living out of vulture capitalism are at the top, shows this Government’s priorities.”

Lee Barron, Regional Secretary of the TUC in the Midlands, said: “The TUC is working on a Joint Responsibility Initiative, which we are in discussions with fashion brands, which included Missguided, to stop irresponsible purchasing practices, like this, from taking place. We are hugely disappointed with the miss-management shown and the blatant disregard for workers.

“This fast and loose approach has to end, particularly in Leicester or the reputation of the fast fashion brands will be tarnished beyond repair. It is time for a new approach which protects workers and guarantees orders will be paid for and contracts honoured, better and firm regulation, which include trade unions, is essential.”