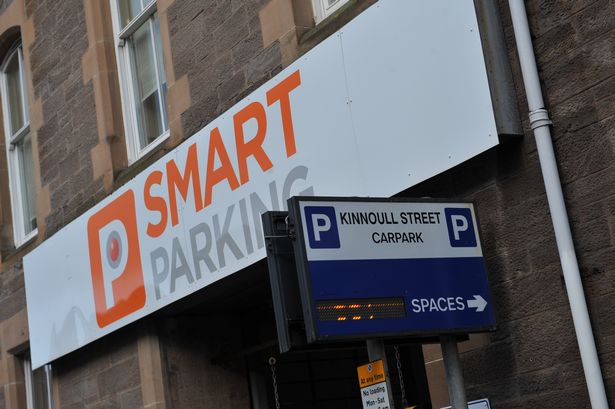 Tory tells locals: “I would urge motorists in Perth and Kinross to think twice about paying a ticket that they believe to have been unfairly issued.”

An MSP has condemned what he called the latest “bully boy” tactics being used by Smart Parking to make drivers pay parking charges.

Mid Scotland and Fife MSP Murdo Fraser hit out after receiving a copy of a letter he claims was sent to one of his constituents by a London-based debt collection agency demanding a £160 parking charge be paid.

The letter, sent by Debt Recovery Plus Ltd on behalf of Smart Parking, refers to a recent Supreme Court case where an Essex man lost his battle with another private car park company, Parking Eye.

The man, Barry Beavis, had claimed an £85 charge for breaching a two-hour limit in the town back in April 2013 was “unfair and disproportionate”, but judges dismissed his claim.

The letter cites this ruling as a reason to pay the £160 charge and advises Mr Fraser’s constituent that if he or she refuses to pay the charge they will recommend Smart Parking take the matter to court.

The letter, seen by the PA, states: “I draw your attention to the landmark decision made by the Court of Appeal in Parking Eye vs Beavis [2015].

“This case has set a precedent in England and Wales and therefore if you are still refusing to pay the charge then I strongly suggest that you obtain professional legal advice.”

But Mr Fraser argues that the Supreme Court ruling relates specifically to a case in England and should have “no bearing” on fines handed out in Scotland.

Referring to an earlier statement made by Smart Parking he told the PA: “In a week where Smart Parking signalled their support for a single code of practice and a fully independent appeals process they have shown their true colours by continuing to use strong arm tactics to force motorists into paying incorrectly issued fines.

“My constituent received a letter from a debt collection agency, stating that the time for challenging a ticket had passed and directed them in two separate passages to the ‘Parking Eye versus Beavis’ decision despite its total lack of relevance to motorists in Scotland.”

He continued “Motorists who are unaware that this decision has no bearing on Scotland could feel compelled into paying the £160 charge, which is a sum completely disproportionate to any loss Smart Parking could have incurred.

“Bully boy and misleading tactics cannot be tolerated and I would urge motorists in Perth and Kinross to think twice about paying a ticket that they believe to have been unfairly issued.”

Smart Parking did not provide an official response to Mr Fraser’s comments.

Story sourced from The Daily Record.

Court Order made against MP’s wife over Commercial Debt