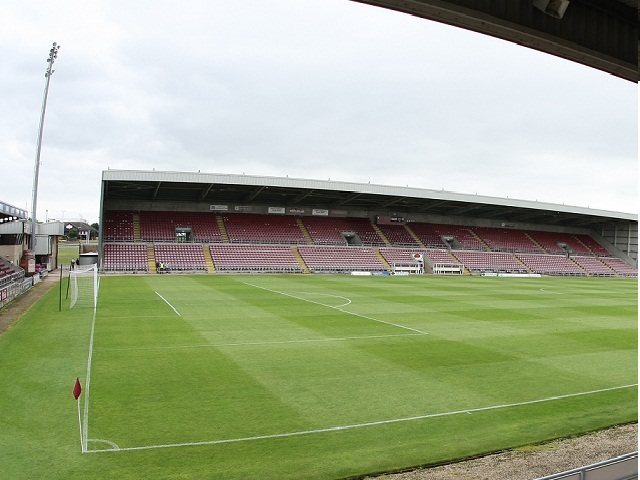 Insolvency proceedings brought against against the club by its local borough council have been adjourned for 14 days whilst a deal can hopefully be agreed by all parties.

Lawyers for the Northampton Town FC and Northampton Borough Council told Mr Justice Nugee at London’s High Court this morning that it has been agreed that the administration petition would be presented in the High Court on Friday, December 11 if negotiations were not successful.

The council loaned the club money around 10m for a new East Stand yet received no payment despite assurances in the initial stages of the development.

Lawyer James Morgan, acting on behalf of the council, told the court that HM Revenue & Customs – (who had applied for a winding up order) had recieved payment in full of a overdue £160,000 bill that was outstanding.

Mr Morgan added that agreement with the council, the only remaining substantial creditor of the club, would be the next stage in the ongoing process to save the club form going bust.

Thomas Talbot-Ponsonby, acting for Northampton Town, said that he fully supported the adjournment in the hope that a proposed rescue package be successful.

The judge gave his approval of the adjournment, putting on record that it was “very sensible”.

Half of Small Businesses trading in the red