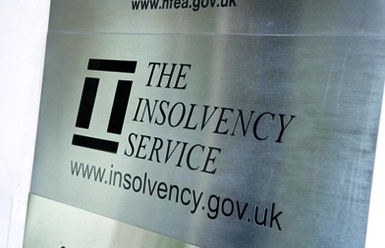 It has been revealed that disqualification orders made against rogue company directors has massively increased by over 83% in the past year alone.

Despite the governments austerity changes and significant budget cuts, streamlined procedures and more robust policies have enabled the Insolvency Service to take tougher action against poor and rogue company directors. This has lead to legal orders being made against 119 rogue directors in the year ending 31 March 2015.

This represents a massive increase when compared to only 65 for the same the year before.

Due to the massive spending cuts, The Insolvency Service has laid off more than a third of its workforce over the past few years. They used to employ over 3,200 staff, now that has been scaled down to just 2,000.

Leading companies in the Commercial Debt Collection & Accountancy Industries have called on the Conservative government to back the Insolvency Service with extra funding to ensure high levels of Directorship are kept. Despite the recent crackdown, it is believed there is still far too much criminal behaviour slipping through the net and the Phoenix Company card continues to be abused in some quarters.

Jeremy Willmont, head of insolvency at Accountancy firm Moore Stephens is reported to have said, “While it’s great to see more criminal directors banned from running companies, there is a definite feeling that there are still a number slipping through the net due to a lack of resources.

“Catching serious criminal behaviour by a company director often takes painstaking investigation work, but many believe that a lack of funding and staff limits the Insolvency Service in how many of these cases it can take forward.”

Commercial Debt Collection Specialists, Federal Management also echoed Mr Willmount’s comments. A spokesperson from their Commercial Team said “We deal with Rogue company Directors on a daily basis and it can become very frustrating for both ourselves and our clients. At the very least,  there needs to be the threat of potential action for rogue and criminal behaviour.”

Rather ironically, in 2013 it was reported that the Insolvency Service itself was on the verge of becoming insolvent. An emergency injection of government cash was needed for the Government office to stay operational. Documented was a operating deficit of £5m to £7m for 2012-13.

A total of £89m rescue cash was injected from the business department between 2008 and 2012.