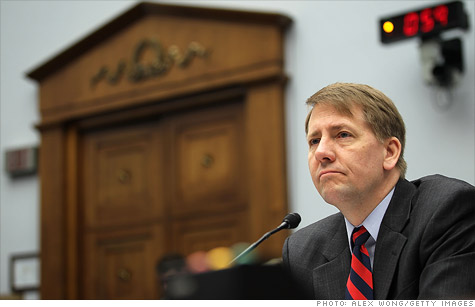 The OFT has opened formal investigations into several payday lenders over aggressive debt collection practices. It is also today writing to all 240 payday lenders highlighting its emerging concerns over poor practices in the sector.

These actions are set out in a progress report published today as part of the OFT’s compliance review of the payday lending sector. It highlights concerns about:

The OFT is continuing to gather and analyse information about the activities of payday lenders as its compliance review progresses. It also expects to warn the majority of the 50 firms inspected, which account for the majority of loans, that they risk enforcement action if they do not improve specific practices and procedures which came to light when they were inspected. The OFT will require those lenders it warns to provide it with independent audits to verify that they have improved their practices and procedures to comply with legal obligations and expected standards.

The emerging findings are based on information from a wide range of sources, including:

The OFT will publish a full report in the New Year setting out further findings on compliance, including whether wider action is needed to tackle problems in the sector.

The guidance helps to ensure that traders with a consumer credit licence do not misuse CPA. It makes clear that the OFT expects lenders’ use of CPA to be reasonable and proportionate, and to have regard to a borrower’s financial position.

The guidance sets out the minimum standards expected of traders and includes clear examples of unfair/improper use of CPA including:

‘We have uncovered evidence that some payday lenders are acting in ways that are so serious that we have already opened formal investigations against them. It is also clear that, across the sector, lenders need to improve their business practices or risk enforcement action.

‘Our report shows that a large number of payday loans are not repaid on time. I would urge anyone thinking about taking out a payday loan to make sure they fully understand the costs involved so they can be sure they can afford to repay it.

‘Our revised guidance makes it absolutely clear to lenders what we expect from them when using continuous payment authority to recover debts and that we will not accept its misuse.’

The Payday loan industry has been the subject of close media scrutiny recently and Frontline Collections became one of the first UK Consumer Debt Collection Agencies to publicly denounce the payday loan industry citing a lack of ‘ethics’ and ‘moral coding’ within their lending criteria.