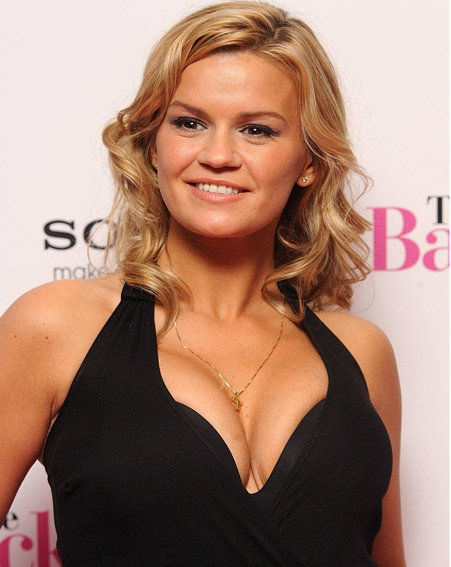 Kerry Katona has been dropped as the face of payday loan company Cash Lady after filing for bankruptcy for the second time.

The Insolvency Service confirmed the Atomic Kitten star had declared herself bankrupt in a petition filed at Wigan County Court on Tuesday.

Bosses at Cash Lady said it was ‘with sadness’ that they were dropping Kerry from their ads because of her ‘current financial situation’.

Kerry – who has recently reunited with her Atomic Kitten bandmates Natasha Hamilton and Liz Mcclarnon – was first declared bankrupt in 2008.

She was at the centre of controversy when she was chosen to front the Cash Lady TV advertising campaign where she referred to her own financial troubles.

In the ads, the mum-of-four said: “We’ve all had money troubles at some point, I know I have. You could see your bank and fill in loads of forms, but is there an easier way to get a loan… So if you need extra cash go to www.cashlady.co.uk. Fast cash for fast lives.”

The ads were later banned by the advertising regulator but she continued to be the face of the company, starring in a new version of the ads – until tuesday.

A spokesman from Cash Lady’s parent company PDB UK said  “We were sorry to hear about Kerry’s current financial situation.

“Clearly, as a business, we are committed to responsible lending, so it is with sadness that we will not be able to continue using Kerry as the face of Cash Lady.

“We enjoyed working with Kerry a lot, and we wish her all the best in her future endeavours.”