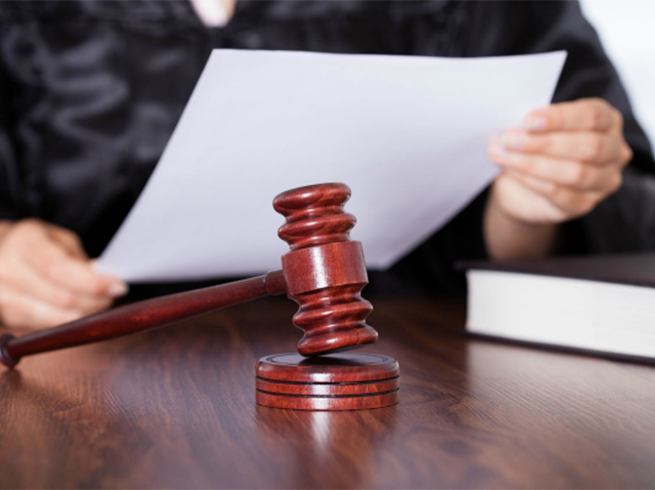 A Plymouth based businessman has been banned from being a company director for eight years. This follows after his TV network went bust with unpaid debts totaling nearly two million pounds.

The Insolvency Service gave Connor Johnson the lengthy disqualification following the liquidation of his TV Company, Rhino Television and Media Ltd in 2021.

The Insolvency service said Mr Johnson had failed to ensure maintained, adequate accounting records from at least October 2015 through to its liquidation. It was also stated that following the liquidation of the company, he failed to deliver the records to the joint liquidators upon request. He made no response to letters before action was taken.

As a result of these failures, the agency said, it has not been possible to establish the accuracy of accounts filed at Companies House for 2016 and 2017, and said Mr Johnson had admitted he filed them without knowing what he was doing and couldn’t ensure they complied with company law.

Mr Johnson is now banned from being a director of any UK company, or an overseas one with links to the UK, or from forming, marketing or running a company until 2030. If he breaks the terms of the disqualification he could be fined or sent to prison for up to two years. Plymouth Live spoke to Mr Johnson about the Insolvency Service’s ban but he would only say: “I’m not going to comment.”

The 49-year-old  is listed on Companies House as having been a director of 22 companies, most of which are now dissolved. He is listed as director of active companies United Technology Group Ltd, Patriot Airways Ltd and Patriot Yachts International Ltd, and must now cease to run them.

Mr Johnson was also the owner and founder of Rhino TV, was planning to launch in 2018 in 50 US states and 68 UK cities, offering 20 channels serving up a programmes on “history, music, crime and investigation, sports, along with several other new and exciting interests for families, friends and loved ones”. He was seeking advertisers to sponsor entire seasons of shows and appealed, on Twitter, for people who wanted to become owners via a “partner share offer” in 2016. But there were no posts on the Twitter feed after 2016 and the channel’s website is no longer available.

Liquidators at Leeds-based Gaines Robson Insolvency Ltd were appointed in March 2021. In an update, published last week, the liquidators said HM Revenue & Customs is owed £1,499,849 and that money will be available to pay some of this claim, with £275,000 having already been paid back. But five unsecured creditors – owed a total of £347,860 – are unlikely to see the return of any of their money.

The document, filed at Companies House, also revealed liquidators had reported Mr Johnson to the Department of Business, Energy and Industrial Strategy. The paperwork also revealed Mr Johnson had an outstanding loan of £100,000 from Rhino TV and had been asked to provide a sworn statement of his assets, liabilities, income and expenditure. But on the date of the report – May 6, 2022 – there had yet to be any response from Mr Johnson.

The Insolvency Service said that due to Mr Johnson’s accounting failures there are a number of unanswered questions including about the accuracy and legitimacy of VAT returns submitted on behalf of Rhino TV to HMRC, that led to VAT repayments totalling £1,434,576 between November 2018 and February 2019.

It is also probing a raft of transactions made between January and March 2019 to find out if these are “bona fide business transactions”. The Insolvency Service wants to know why £393,746 was paid to a “connected party”, £229,762 was paid to various automotive suppliers, £113,046 went to “unknown persons”, £26,257 was paid to “various retail type establishments” and what the purpose of a payment of £14,701 to “online gaming providers” was.

It is also probing the purpose of cash withdrawals totalling £4,610, also between January and March 2019, and whether these withdrawals were applied towards bona fide business transactions. And the agency is keen to know the level of assets held by Rhino TV, and the number and amount of debtors, and the extent to which the joint liquidators “have been hampered in realising any potential debt recoveries for creditors”.