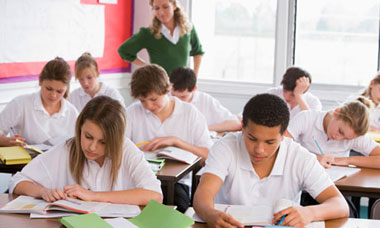 An Irish university is hiring debt collectors to tackle the growing problem of unpaid student fees.

The problem has become particularly acute since the economic crash in 2008, with three-quarters of the outstanding debt at NUIG accumulated in the last two years.

It also coincides with the steady increase in the student contribution charge, currently €2,250 and increasing to €2,500 in September, as direct government funding to colleges is cut.

Now, NUIG has become the fourth Irish university to seek the help of outside experts to collect fees and chase down defaulters. University of Limerick (UL) and Dublin City University (DCU) already use debt collectors, while University College Dublin (UCD) announced recently it was following suit.

It is estimated that the country’s universities and institutes of technology are owed millions in unpaid fees. That in addition to monies owed for unpaid private school fees.

NUIG posted a notice on the Government’s tender website in recent days seeking a partner to help it in both the billing and collection of student fees.

A college spokesperson said that the reduction in government funding and increase in the student contribution “has resulted in a growing level of student debt; a new phenomenon within the university”.

Public service recruitment restrictions also meant it lacked the capacity to provide further resources to work with students to ensure that the growing problem of student debt is managed in the most sensitive possible way, the spokesperson said.

About 90pc of the more than 17,000 NUIG students pay their fees on time. The college states that it wants to collect all fees, but points to the sensitivity of the particular relationship, which “takes account of its right to be paid as well as its responsibility towards its students”.

UL is pursuing fees that date back to the 1990s. UCD recently announced that it was in the process of hiring a debt collection company.

Trinity College is owed €200,000 by former students. None of the other universities have disclosed how much they are owed.