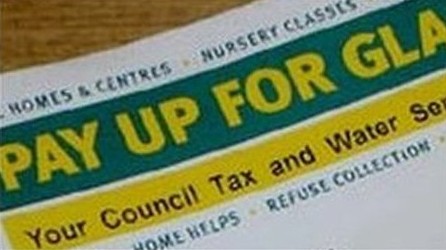 MORE than £7.5 million in unpaid council tax and business rates will be written off.

Officers at Stoke-on-Trent City Council say they have no hope of recovering the debts – some of which date back to 1993 – and plan to wipe them from the authority’s accounts. It will reduce the £25 million in unpaid taxes and fees the council is still trying to get back. The authority blamed the debt mountain on the reluctance of previous regimes to take unpopular decisions to write off money they failed to collect.

But the move has already been criticised by residents as the council makes citywide cuts of £24 million.

More than £4,126,852 in business rate debts – many registered to companies which are now bankrupt or liquidated;

The council said debts being written off had been pursued by officers and returned as unrecoverable by external debt collection agencies and bailiffs.

It is talking to 13 debt collection firms who are bidding for the chance to reclaim £5 million in unpaid tax.

Cabinet members will approve the measures next week.

Peter Bates, the city council’s assistant director of finance, said: “Our collection rate is now very good compared to authorities up and down the country. We’re not perfect but we are performing well in the current climate.

“What we have been very poor at doing over the years is taking the brave decision to write unrecoverable debt out of the books of the city council.

“Politically, I’ve been given clear direction that I must take every single action available to me as an officer to reclaim or collect debt that is due to the council. Only when we’ve exhausted every avenue will we write it off.”

Paul Shotton, below, the authority’s deputy leader and cabinet member for finance, said: “It is being totally unrealistic to think we could get 100 per cent of outstanding debts paid.

“I’m happy with collection rates and they are improving. But unfortunately we’re in a position where we’ve got to be responsible and say there is a number of outstanding debts we don’t stand any chance of recovering. In some cases the person has died.

“We’ve taken every measure possible to try to recover this money.

“I’ve gone through every single significant debt and challenged them with officers to make sure we haven’t missed something we could recover.”

Jim Gibson, chairman of Chell Heath Residents’ Association, said: “It’s a massive kick in the face for those people who have lost their jobs and could still lose their jobs.

“What a big difference this money could have made with so many cuts.

“It should have been dealt with many moons ago and never have been allowed to get to this big amount.”

Retired resident Margaret McDonald, aged 68, from Tunstall, added: “It just isn’t fair on people who have paid taxes all their lives.”