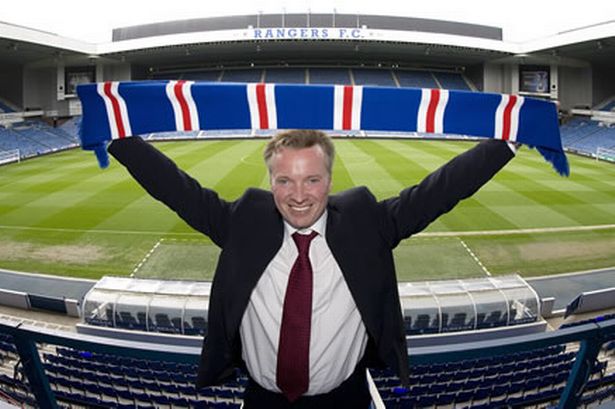 The Man who plunged Rangers into liquidation owing up to £140million and trashed the club’s history is behind a new firm based in the heart of Glasgow and, in the ultimate insult to Gers and the club’s fans, the business have been set up to chase down unpaid bills run up by rogue businesses.

A Sunday Mail investigation has revealed that Mr Whyte is behind the opening in Glasgow of a firm called Credit Control Services (CCS) Ltd. Adding insult to injury for Whyte’s outraged Rangers creditors, the company are even based at the same third-floor office as his infamous firm Liberty Capital – who he used to buy the Ibrox club from Sir David Murray for £1.

The revelation comes four days after a court heard Whyte threatened to send “a pair of heavies” to retrieve his £60,000 Bentley from his ex-wife – who says she too is owed money by him. Whyte, 41, was this week living it up in millionaires’ playground Monaco while Gers faced the humiliation of starting life as a new company in the Third Division and as he cavorted in the Mediterranean sunshine with Swedish lover Izabella Andersson, his father Tom was busy back here organising the opening of the family’s new debt chasing operation.

A job advert for a “collections agent” at the firm posted online on July 6 states: “Duties will involve cold calling from database to collect business debts.”

“It is truly staggering that a chancer like Whyte – whose own firms have racked up countless millions of pounds in debts – should be doing this. The hundreds of victims owed money by Rangers will be rightly furious.”

“The Whytes have realised that in the economic climate there is a lot of debt which can be very lucrative indeed.”

“Whyte knows there is no way he can set foot anywhere in the west of Scotland, let alone the middle of Glasgow, so you won’t be seeing him at the office. But make no mistake, it’s his money involved, it’s him who is pulling the reins behind the scenes. He’s learned not to have his name near the paperwork – but that’s not going to fool many people.”

Also registered at the anonymous-looking office on prestigious Bath Street were two of Whyte’s other firms – Tixway UK Ltd and Snowcast (UK) Ltd. Whyte used them to obtain £86,127 worth of goods from One Stop Roofing Supplies – but, true to form, didn’t pay his bill.

One Stop co-owner Paul Martin was staggered to hear of the new venture yesterday. He said:

“The guy’s got no shame or embarrassment. He’s led everyone a merry dance and I don’t know how he gets away with it. I don’t know why anyone could possibly do business with Whyte.”

Glasgow Rangers fan Alan, who has not seen a penny from Whyte, said:

“He has left a trail of misery everywhere he’s gone and owes people fortunes. I’ve dealt with both him and his dad Tom and their attitude was always to pay nobody. He’s got some nerve chasing people for debt.”