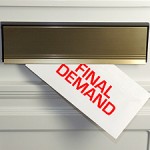 The number of homes being repossessed in the UK has fallen to its lowest level since the end of 2010, says the Council of Mortgage Lenders (CML).

There were just 8,500 repossessions in the second quarter of the year, down from 9,600 in the first quarter. The drop has come despite the economy falling into recession and the high level of unemployment.

The CML said repossessions were being suppressed by low interest rates and help for unemployed mortgage borrowers.

“The figures show that lenders, borrowers and debt advisers are working together to get through the current period of economic difficulty and keep mortgage possessions in check.”

The figures mean that repossessions are running at a slower rate than the CML had expected. Its original forecast for the whole of this year was that 45,000 homes were likely to be seized by lenders.

A key factor in the better-than-expected outcome so far has been the impact of the government’s Support for Mortgage Interest (SMI) scheme. This covers the mortgage interest payments of unemployed people on up to £200,000 of their home loan. The support kicks in after a 13-week waiting period – a temporary rule that has been in place since the start of 2009. However, the scheme is due to revert to its original 39-week waiting period at the end of this year.

The CML said it was vital that the government kept the 13-week rule in place, to help stave off any future rise in repossessions:

“Decisions by the authorities to cut interest rates aggressively and introduce better protection for borrowers through more generous entitlement to SMI meant that lenders were able to avoid possession to a much greater extent than we expected.”

“Over the last three years, paying SMI after a three-month qualifying period and providing more generous cover have helped nearly 250,000 people stay in their homes at any one time.”