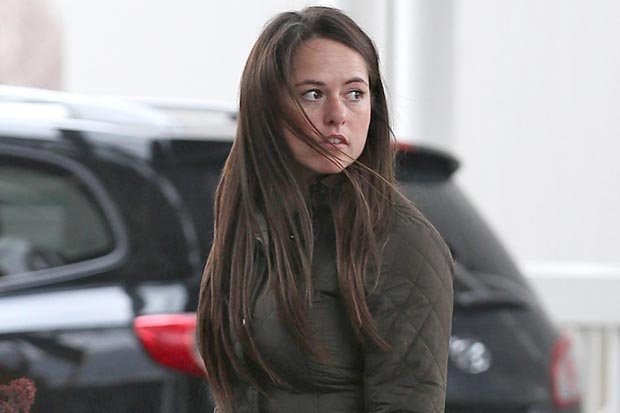 The controversial wife of Rochdale MP Simon Danczuk, Karen Danczuk has been sued in Court over unpaid rent arrears. The arrears are for a commercial premises trading as Danczuk’s Deli, which is located in the centre of Rochdale’s shopping district.

The MP’s wife, who is famous for her provocative ‘selfies’, has had a County Court Judgment (CCJ) awarded against her for £2045.32 plus £217 costs.  She has been ordered to pay by the court following a hearing regarding an on-going rent row with the landlord (Steven Butterfield) involving her former delicatessen business.

Mrs Danczuk, who herself is a former Rochdale councillor, is married to the town’s Labour MP Simon Danczuk, has said that she sold her deli in February, a few weeks after resigning from her councillor role at the town hall.

The business, previously trading as Danczuk’s Delicatessen, is now registered as Cafe on the Walk in Rochdale but the premises is currently empty.

It is reported that Mrs Danczuk had signed a five year lease on the shop in October 2013 but vacated the building in January 2015. She then contacted the landlord saying she had transferred the business.

The landlord however took a different view and his solicitors wrote back to Mrs Danczuk explaining to her that there would need to be a formal deed of assignment between Mrs Danczuk and the new tenant.

The landlord said that following this correspondence there has been no further communication from Mrs Danczuk. No rent had been paid in 2015 and was accumulating at the rate of £2,000 per quarter.

Mrs Danczuk told the Manchester Evening News (MEN): “I am in dispute with the landlord, I have taken initial legal advice and intend taking further legal advice. I hope to resolve this amicably in the near future.”

Mr Butterfield said: “I had no choice but to go to court. I’m not a big, bad landlord. I let them be. I’m not vindictive, but I won’t be treated like a mug.

“She is liable for the rent – and she has three-and-a-quarter years left on this lease. She owes the money and she should pay up.

“It’s not as simple as just selling it to someone. She should have gone to the agents, who could have put it back up. I could release her from all this if she just works with me.

“New tenants have to be vetted. No-one has. She’s just ignoring it. She can’t do that.”

Meanwhile, Karen Danczuk has shot to fame after posting dozens of revealing pictures of herself on Twitter, gathering more than 33,000 followers.

The Mum-of-two Karen when closing down her Deli told the MEN:

“There’s just not enough hours in the day. I’m pleased to have introduced another business to Rochdale’s town centre and I will continue supporting business in our town because I want to see it carry on developing as a great place to shop and socialise.”

Read more about the collection of commercial rent arrears