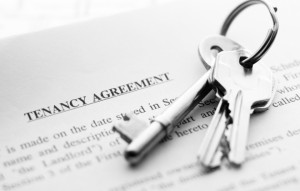 A recent UK property lending survey has revealed that the amount of debt held against UK commercial property has continued to drop over the last year from £228.1bn to £212.3bn, a drop of 6.8%.

The UK Commercial Property Lending Market report by De Montfort University, the largest of its kind to look at UK commercial property lending, found that while the overall debt that is  held against UK commercial property continued to fall last year from £228.1bn to £212.3bn, a drop of 6.8%, the UK’s largest property lending survey has today revealed that the level of debt is on a downward trajectory and progress has been made in dealing with the distressed legacy debt, there is a long way to go.

Between £72.5bn and £100bn will struggle to be refinanced on current market terms when the debt matures as it has an LTV of over 70%.

The survey of 72 lending teams from 63 banks and other lending organisations found that, while 2011 started with a degree of optimism for the commercial property lending market, including the first CMBS issue since 2007, this changed dramatically during the second half of the year as the crisis surrounding the Eurozone and the sovereign debt of member states brought “extremely tough times” to the economy.

Best reasons to use a Debt Collection Agency in 2022