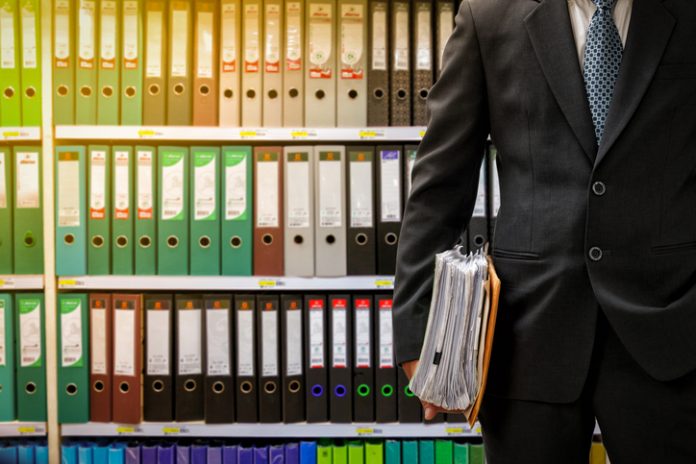 Brexit combined with the coronavirus pandemic has created a double-edged sword for businesses in the UK. It is claimed that its full-scale impact is yet to be fully realised with Economists from Atradius suggesting that UK Business insolvencies will rise by a staggering 33%. Only a recently as last week, UK Debt Collection experts were warning that Businesses need to act in the face of late payment. This news will only serve to fuel a wave of action as businesses act to recover what is owed to them before its too late.

As the UK marks its first anniversary of the Brexit withdrawal, Atradius reports that the true ramifications of Brexit have been overshadowed by the coronavirus pandemic. While the UK has not been alone in experiencing economic fallout as a result of the pandemic, adding Brexit into the mix has exacerbated its impact.

Nicola Harris, Senior Risk Underwriter at Atradius said “The economic landscape has been dominated by the pandemic, related restrictions and considerable fiscal support measures which have overshadowed the consequences of Brexit.”

“At a time where we should be analysing the consequences of Brexit, we cannot separate its impact from that of Covid and other influencing factors and it is near impossible to wholly attribute strains to one root cause. However, it is clear that Brexit is amplifying supply chain issues and it is likely to do so for some time yet.”

After a sharp recession, UK GDP is showing a gradual, slowing recovery but the economy remains smaller than at the start of 2020. Economic demand recovered much faster than supply chains could accommodate, leading to shortages, production bottlenecks and driving inflationary pressures. The struggle was further compounded by labour shortages with vacancies hitting a 20-year high, reflecting a mismatch between required skills and job seekers as EU workers returned to the continent.

Harris continued “This is a prime example of Brexit adding bite to an already strained situation. Similarly, we saw this in the fuel crisis where reserves were ample but there was a shortage of qualified drivers to get petrol to the pumps as well as in farming and food production with shortages contributing to bottlenecks at abattoirs, veterinary care and CO2 supply shortages stalling production lines. Of course, shortages aren’t a UK-specific phenomenon but the UK situation is compounded by post-Brexit issues such as labour shortages and EU suppliers prioritising local customers to the detriment of UK businesses. In the future, the divergence is likely to become more tangible.”

While the Brexit trade and cooperation agreement avoided tariffs and quotas, it has introduced new frictions at a previously open border including increased border checks, associated customs paperwork and registration requirements which have added cost and resource for UK exporters. However, there are some benefits being realised.

Harris said “The completion of Brexit under the terms of the negotiated trade deal was a welcome relief for some sectors which had been suffering from underinvestment since the 2016 referendum under a cloud of uncertainty. And despite ongoing teething problems, some have seen Brexit work to their advantage. For instance, we have seen a trend of non-exporting UK manufacturers benefitting from an increase in demand for buying locally which particularly supports smaller, independent retailers and British-branded products. In addition, the change in trading terms with the EU also opens up the UK’s freedoms to trade with non-EU members with key deals signed with Australia, New Zealand and Japan. This allows UK businesses to buy in cheaper imports and sell to a wider end-market under reduced tariffs and non-tariff barriers. For example, the Japan deal is set to open opportunities for UK service providers in the tech and financial sectors. Conversely, this also opens up competition to UK businesses which has been a concern raised by British farmers over the removal of tariffs on imported New Zealand meat.”

Looking ahead, 2022 will continue to bring new challenges for UK businesses as a result of Brexit combined with persisting inflationary pressures and rising insolvencies which Atradius economists forecast by will rise 33% on pre-pandemic rates. A worsening small business late payment epidemic will also be worsening the situation.

Harris concluded “As businesses adapt to new processes, the teething problems from year one of Brexit will ease, however, there will be more change and uncertainty ahead. Full customs declarations and controls on EU imports will be introduced in 2022 which could bring further supply chain disruption and delays at the UK border, potentially leading to food waste and reductions in range and availability. We should also expect continued labour strains as temporary visa schemes come to an end, particularly in industries which have historically relied disproportionately on EU workers such as haulage, hospitality and food-processing.”

“Businesses need to take action if they are to mitigate against the prevailing impact of Brexit and Covid-19. Plan ahead for what we know will happen as well as being prepared for the unexpected. Businesses should familiarise themselves with revised legislation not only for what is required of them but also of overseas suppliers, especially given the change in border checks in 2022 and the potential impact this could have on the cost and timing of inbound shipments. Ensure new suppliers in both the domestic and overseas markets are comprehensively vetted and keep monitoring for any red flags with real-time information essential.”

Local retail businesses are expected to be amongst the hardest hit also. From a local florist store to high street based retail outlets, many businesses are facing up to the reality of the situation.

Businesses that are owed money are being urged to expedite their debt collection actions to prevent losses.