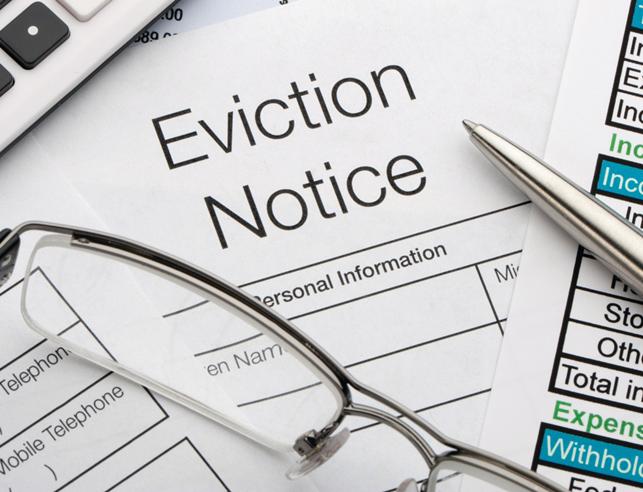 The latest statistics released by the Ministry of Justice have shown there were 4,853 landlord possessions across England and Wales between July and September. This figure was up 207% from the previous quarter when there were 1,582 possessions.

A total of 10,202 possession claims were issued during this period. Of these, 4,373 were from private renters and 3,681 from social landlords.

Additionally, Mortgage repossessions by bailiffs increased by 756% from 45 between April and June to 385 between July and September.

The statistics cover the first quarter since the ban on enforced evictions ended in May for England and June for Wales. The temporary ban of forced tenant eviction was introduced last December last year in response to the pandemic.

The ban meant that landlords were still able to carry out evictions via the courts, however bailiffs were not allowed to enter households in order to enact the evictions.

It followed a complete ban on evictions as the courts were closed for all possession cases between March and September 2020.

Some Private Landlords have reported they are owed tens of thousands of pounds in unpaid rent from previous tenants.

Jon Sparkes, chief executive at Crisis, said the latest MoJ figures “make clear how damaging it was for the UK government to end the eviction ban without providing sufficient support for renters who had built up arrears in the pandemic”.

Last month the UK government announced a winter support package of £65m for renters, however Mr Sparkes said this “falls well short of the £270m that is needed”.

“The action we’ve taken since the start of the pandemic helped keep renters in their homes – over 8 million households were protected by the pause in court possession proceedings.

“We are providing councils with a further £65 million to help vulnerable households with rent arrears and are protecting low income homeowners against the threat of re-possession through Support for Mortgage Interest loans.”

Small Businesses in the UK suffering from late payment