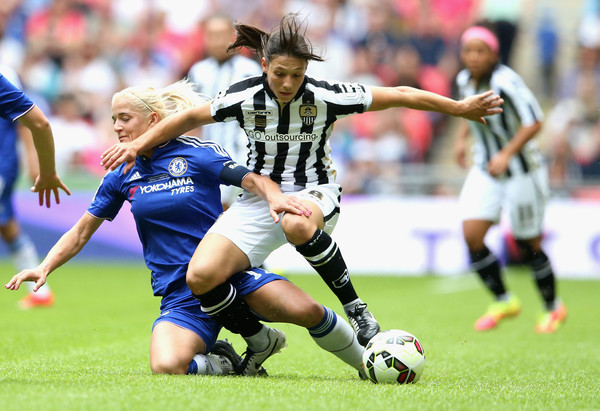 Chairman of Notts County Alan Hardy had tried to restructure huge six figure debts owing to HMRC and fund the clubs overheads this season. Despite interest from two Premier league sides in taking over the club as a ongoing business concern, the FA would not sanction a transfer of the clubs licence.

Despite intense negotiations over the past week, Chairman Hardy has called time on efforts to save the club.

He said “I wish to be totally transparent with supporters about the sums of money involved here. When I took over the club, HMRC and other creditors had in excess of £350,000 of unpaid liabilities.”

“Additionally, I was extremely concerned that to operate Notts County Ladies for the current season was going to cost us approximately £500,000 – a figure principally made up of player and coaching salaries. Our total projected incoming revenue from attendances and sponsorship was £28,000.

“I have been tremendously impressed by the passion and enthusiasm shown by everyone connected with the Ladies set-up – manager, players and backroom team.

“They have represented Notts County with dignity, success and the utmost professionalism over the past three seasons. But the fact remains we simply cannot fund such a huge operating loss.”

“I was also concerned that we had no real pathway for young players in Nottingham to graduate through the ranks into a WSL team.”

“I met many times with the FA with a view to being granted RTC (Regional Talent Centre) status but realistically it would have taken more than two years to become accredited.

“It’s a very sad day for me personally and supporters should rest assured I have left no stone unturned in my quest to save the club.

“However, having taken all factors into consideration, the only possible outcome is to discontinue our Ladies club.

“I would like to place on record my sincere thanks to the staff and players and we all wish them every success in finding new clubs.”

Record number of CCJ’s issued in 2018