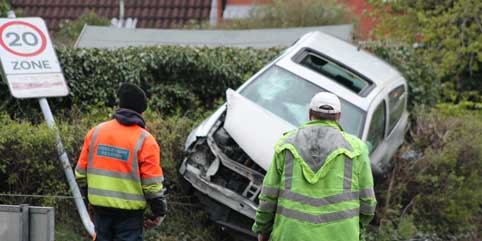 More than a million motorists and car insurance policy holders have had debts registered against them at the Traffic Enforcement Centre last year for unpaid fines, the Ministry of Justice has revealed.

As soon as a case is registered at the centre, the motoring fines increase by 50 per cent.

Motoring groups said bailiffs were driving vans with automatic number plate recognition to scour streets for motorists with unpaid parking fines.
“It’s a bit like the wild west, but there are no good guys out there to look after the motorist,” Barrie Segal, who runs motoring lobby group AppealNow, told the Telegraph.

“I have had cases where motorists have appealed and the council has claimed never to have received it and gone to the enforcement centre.”

The readiness of councils to use bailiffs is unreasonably causing motorists steep fines and damage to their credit ratings.

“It is disappointing that some mistakes are made yet councils seem to readily wash their hands of drivers trapped in a cycle of threats from debt collectors and bailiffs,” an AA spokesman said.
“The bailiff process is virtually unstoppable, even for the innocent, and getting someone to listen is virtually impossible.

“The fact that bailiffs are now swanning around like bounty hunters in vehicles with ANPR cameras to find vehicles with outstanding warrants is sinister.”

RAC Foundation director professor Stephen Glaister also spoke of his outrage, saying: “The numbers illustrate what a house of horrors the parking system has become and why it is time for a redesign.

“How have we descended to a situation where more than a million people have been pursued through the courts over a parking infringement?
“The industrial scale of this process reveals not its success, but its utter failure.”