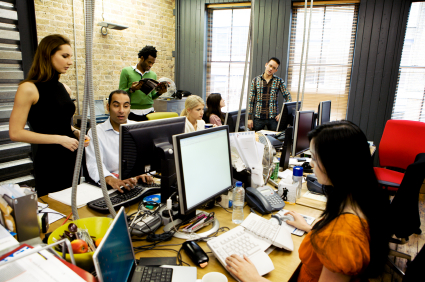 New figures from Experian have revealed that insolvency rates amongst UK businesses are slowly dropping, with medium sized firms and the North East particularly prominent.

There was also good news for medium sized businesses who were the most improved firms for the same month. While this size of business has traditionally struggled there was a huge drop from 0.22% in April 2011 to 0.10% for April of 2012. They were also one of the categories to see the biggest month-on-month fall – from 0.20 per cent in March.

Of the UK’s five biggest sectors – business services, building/construction, property, IT and leisure/hotel – the property sector saw the biggest improvement during April, falling from 0.12 per cent last year to 0.06 per cent last month.

“The figures show a more stable business environment, with some areas and sectors that have historically seen the highest rates of business failures moving in the right direction.”

“Since January 2009, when the average financial strength score of UK firms had fallen to its lowest level recorded, there has been a definite and positive upward trend. Combined, these two valuable indicators show how UK businesses are faring and highlight areas where there are opportunities, as well as risks.”

For the second month in a row, firms in the North East have seen the biggest year-on-year improvement – from an insolvency rate of 0.15 per cent in April last year to 0.09 per cent.

The figures revealed that last month 132 businesses failed in Yorkshire, representing 0.11 per cent of the region’s business population, compared to an insolvency rate of 0.12 per cent last year. This data equated to a 7.7 per cent decline in insolvencies on last year.