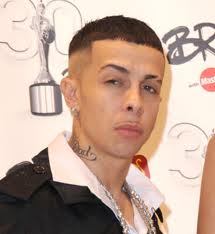 The former N-Dubz star now in the Celebrity version of Big Brother on channel 5 is rumoured to owe Debt Collectors more than £6,000. Bailiffs were seeking to enter the house in Elstree, North London to serve him with court papers.

It has previously been publicly reported that Dappy had entered the Big Brother house in attempt to stave of bankruptcy after being hit with a £100,000 tax bill although this latest incident is not believed to be related.

A source claimed that Dappy’s management firm were contacted by the Debt Collection firm who were apparently seething over his appearance in the Big Brother house having give them the run around.

With a visit by the Debt Collectors pending, his management firm are said to have paid the debt to prevent any embarrassment and shame for the former pop star.

Dappy’s former bandmate Fazer has already been the subject of a bankruptcy order.