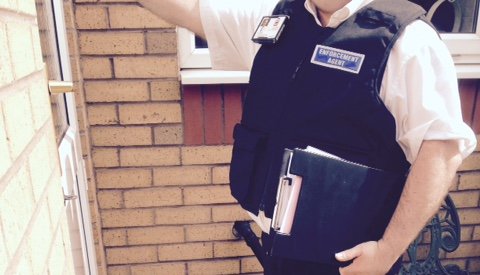 The full scale of Swindon Council’s reliance on bailiffs has been revealed in figures showing the firms are taking in hundreds of thousands of pounds every year.

A handful of companies are making a fortune despite their tactics having been criticised for unfairly penalising poor and vulnerable people.

Debt collectors recovered £170,000 in car parking fees alone between 2011 and 2012, of which they retained £100,000. But the companies have also recouped more than £1m in council tax every year since 2009, and retained an undisclosed share of the proceeds.

Swindon Council said it does not hold information showing how much money the companies kept from this amount in fees. But if the percentage claimed from council tax is similar to that from parking, the total share taken by the companies would amount to several million pounds in the past four years.

Bailiffs also recovered £244,000 in business rates between 2011 and 2012, with the local authority again saying it could not reveal the share retained by the firms.

The council has been criticised by Swindon’s Citizens Advice Bureau in the past over its use of the firms after families turned to the service to say they felt threatened. The spotlight also fell on the practice earlier this year when a woman had her car clamped on her drive by a bailiff for an offence by someone with a different name. Dozens of complaints have been made against the companies, with 29 lodged last year over council tax and business rates alone. Five have been made since April.

The firms currently instructed include Chandlers, Equita, Marstons, Ross & Roberts and Phoenix. They chased 5,200 council tax debts, 271 business rates debts and followed up 1,988 warrants for the car parking department between 2011 and 2012. The figures were released in a reply to a Freedom of Information Act request by the Adver.

Council leader Rod Bluh said: “I cannot comment on how bailiffs carry out their duty as you have good bailiffs and bad bailiffs.  “As a general principle clearly the council has a duty to collect the debts and in some cases unfortunately it results in the use of bailiffs.

“As the figures show this has had a beneficial outcome as they have managed to recover substantial debts, in particular with connection to council tax.

“Every pound that someone should pay in council tax represents a pound that has been paid by someone else.”

Asked about the track record of the companies instructed by the council, Coun Bluh said: “I would hope we are using professional firms.

“In eight years doing the job there have been lots of complaints over whether people should be pursued for debts, but I don’t recall any fundamental issues arising from the way bailiffs are doing business.”