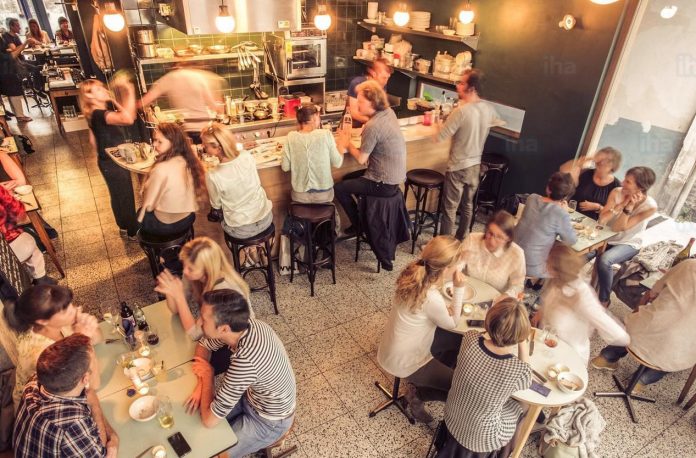 Whilst at Indian restaurant Green Elachi in Ruskington, Sleaford, three diners were shocked and confused as bailiffs started clearing out the resteraunt as they ate.

On Wednesday, May 2, during their meal, the stunned diners captured the bailiffs stacking chairs at the restaurant and clear the place out.

One of the diners told Lincolnshire Reporter: “The waiter said it was because of a parking ticket. The bailiff was from the same company that goes on Can’t Pay? We’ll Take it Away!, but assured us we weren’t going to be on television.

“Some mates and I meet for a curry every two weeks and have been to all the Lincoln curry houses, so we have cast our net a little further, hence why we went to Ruskington based on decent reviews on TripAdvisor.

“The quality of the meal was still really good and wasn’t affected. They were still chilling our beers, as it was bring your own beer in the fridge that was being repossessed.

“We were wondering if we needed to pay the bill to the bailiff at the end of the meal too. The manager seemed very relaxed and was just telling them to take everything. We even made a few offers on some of the elephant furniture as my friend’s wife loves elephants.”

The restaurant is rated as five stars on its Facebook page and four and a half on TripAdvisor, so it is unclear at this stage why the restaurant was in this position.

The restaurant’s website also no longer works and the domain shows up as for sale.