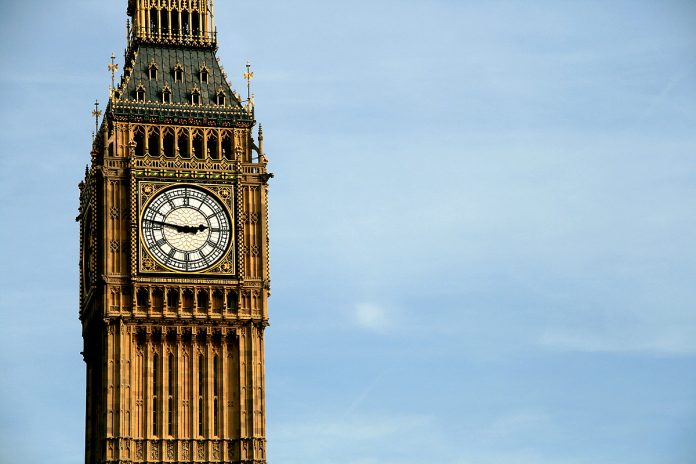 The Government has set out new proposals to reform and simplify regulation of the insolvency sector.

The new consultation is inviting views on creating a single regulator for Insolvency Practitioners and extending regulation to firms that offer insolvency services.

Key changes to the insolvency industry

Key changes set out in the consultation include:

These changes will help strengthen and modernise the regulatory regime which has been in place for over 30 years and needs reform in order be able to keep pace with developments in the insolvency market.

The reforms will ensure a robust and proportionate regulatory regime that enhances consistency, improves transparency and, importantly, will also regulate firms that offer insolvency services rather than just individual Insolvency Practitioners.

Regulation at firm level would see the insolvency sector brought into line with other sectors such as audit and the legal professions. The vast majority of firms offering insolvency services are not expected to face increased costs, unless there are instances of wrongdoing.

Business Minister Lord Callanan said “The proper functioning of the insolvency regime is vitally important to support business investment and growth and to provide a safety net for individuals in severe financial difficulty.

“Those most impacted by insolvency need confidence in the professionals involved, and the UK regime has a strong reputation for delivering the best outcomes possible when an insolvency occurs. In order to maintain tha confidence, the regulatory regime must keep pace with the times and these proposals to introduce an independent regulator will strengthen the regime and deliver greater transparency, accountability and protection for creditors, investors and consumers.”

Following a Call for Evidence, the Insolvency Service has found that the current framework is disproportionately complex, with 4 membership bodies and government all involved in regulating fewer than 1,600 individuals.

The Government says that this approach has led to weaknesses in the regulatory system as the market has evolved over recent decades. As well as a lack of regulation of firms undertaking insolvency work, the current system also lacks transparency and has inconsistencies, with different bodies making information available in different formats.

The Government is also proposing a public register that will clearly show all individuals and firms that are authorised to provide insolvency services, together with whether that individual or firm has previously been sanctioned by the regulator.

In addition, where there has been a mistake or wrongdoing by an IP or firm offering insolvency services, which has adversely affected one or more parties involved in the proceedings, there will be a new formal mechanism that will allow for compensation to be paid if appropriate.

The consultation will run until 25th March 2022.

Commenting on the announcement, Colin Haig, President of insolvency and restructuring trade body R3, said “The publication of the Government’s consultation will be welcomed by many in the profession, who are keen to engage in this long-awaited discussion on the future of the regulatory framework.”

“Indeed, the consultation provides an opportunity to deliver a framework that is strong and effective, that is fit for purpose in the longer term, and is better able to carry the confidence of the wider public.”

“From our perspective, a successful regulatory framework needs to be fair and proportionate, transparent, effective at addressing shortcomings, efficient in reaching decisions, flexible enough to keep pace with innovation, and, above all, consistent.”

“The Government’s proposals appear to have been drawn up with these criteria in mind. But there are still some significant issues with the proposals as they stand that will need to be worked through before any changes can be introduced.”

“While improvements can and should be made, there appears to be a lack of evidence around some of the claims the Government has made around the current efficacy of the framework. Crucially, the Government’s preferred option of a single regulator operating within the Insolvency Service raises a major conflict of interest issue.”

“We’ve always been clear that we don’t oppose a single regulator in principle, but under these proposals, the Government would set insolvency legislation, regulate insolvency practitioners and then effectively compete with those same insolvency practitioners for work — while not being subject to the same regulation itself. We hope the Government will set out in more detail how it would ensure the genuine independence of this proposed single regulator, as well as a level playing field for the public and private sector parts of the insolvency profession.”

“We look forward to discussing these issues with the Government in the coming weeks and months, as we ensure that the profession’s views, concerns and ideas are front and centre of the debate on the future of its regulatory framework.”

Duncan Wiggetts, ICAEW Chief Officer, Professional Standards. said “As the largest insolvency regulator in the UK, we agree that reform is long overdue. The biggest problem with the current framework is not the identity of the enforcing body but the regulatory framework itself,” said Wiggetts. “This is focused on the regulation of individual IPs and therefore prevents complaints – and substantial penalties in cases of misconduct – to be brought against firms.”

“In our view, the creation of a single regulator is both unnecessary and potentially damaging to the UK’s insolvency and restructuring profession, and we look forward to explaining why in our response.’’

“As well as a lack of regulation of firms undertaking insolvency work, the current system also lacks transparency and has inconsistencies, with different bodies making information available in different formats,” continued the statement. The proposals also extend regulation to firms that offer insolvency services, as the current regime only covers individual IPs.”

“Regulation at firm level would see the insolvency sector brought into line with other sectors such as audit and the legal professions,” said the government statement. “The vast majority of firms offering insolvency services are not expected to face increased costs unless there are instances of wrongdoing.”

Richard Lane, StepChange Director of External Affairs and Operating Subsidiaries, said “As a debt charity offering the full range of debt solutions, including insolvency options, we have been concerned for a very long time about what we’ve been seeing in the wider insolvency sector. Sector performance of IVAs is poor compared to our own experience, which suggests that some people are being sold insolvency solutions which are simply not right for their needs. The lack of effective regulation – as highlighted last year in the FCA’s Woolard review – contributes to the problem as poor practice too often goes unresolved.”

“These new proposals would tighten up the system and reduce those risks. While it will be vital that standard-setting, authorisation, monitoring and sanctions are completely independent of the industry, our first reaction is that these are very much steps in the right direction.”

Dr Roger Barker, Director of Policy at the Institute of Directors, said “We welcome plans to simplify and enhance the oversight of the insolvency industry. Although corporate insolvencies remain at relatively low levels, this environment could easily change as firms grapple with renewed restrictions and rising levels of corporate indebtedness.”

“Insolvency is a process of great sensitivity and consequence for directors. Some insolvency procedures, like pre-pack administrations, can be controversial if they are not implemented with necessary levels of transparency and justification. The whole system depends on high standards of conduct, integrity and fairness being demonstrated by insolvency practitioners.”

“It is an opportune moment, therefore, to bring the current insolvency framework up-to-date and ensure that appropriate levels of accountability are defined for insolvency firms.”