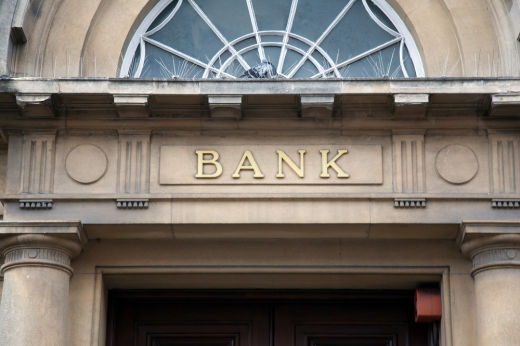 The Financial Ombudsman Service has announced it has had sackfuls of complaints about an unauthorised bank claiming to pay off mortgages for a £10 monthly fee.

It has been reported in the Daily Mail that  customers of “WeRe Bank”, which is located in Manchester, purport to be facing repossession, tarnished credit files and a multitude of late payment fees.

The firm, Were Bank, has been informing members of the general public across the UK that for a small monthly payment and the pledge of £150,000 spread over 10 years, they would receive a chequebook in a false currency called ‘Re’.

WeRe absurdly claims that lenders are duly obliged to write off debt when they receive payment by one of the cheques, in accordance with the Bills of Exchange Act 1882.

But lenders are refusing to accept the cheques. The FOS has warned consumers of the obvious dangers in dealing with the firm.

The Daily Mail newspaper reported that one man faces having his home repossessed after trying to pay off a £67,000 mortgage with The Mortgage Works with a WeRe cheque.

The Mortgage Works refused and the borrower turned to the FOS, but the ombudsman ruled the cheque was not worth the paper it was written on despite claims on youtube by ‘Peter’ who purports to represent the bank.

WeRe could not be reached for comment and its website appears to have been taken down after huge public outcry.

In September last year the FCA issued a warning about the bank.

It said: “Although WeRe Bank refers to itself as a bank, based on the information currently available to us, it does not appear to be carrying on any activities that would require it to be authorised by the FCA. Regulated activities carried out by authorised firms include accepting deposits or providing advice on regulated investments.

“We are concerned that vulnerable consumers may be attracted to WeRe Bank’s claim that they will be able to pay off their debts ‘for free’ using Re cheques, even though they have not had to pay any money into an account.”

Copies of dud WeRe cheques