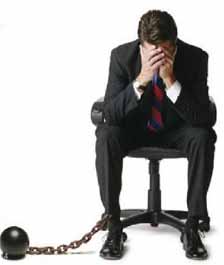 The Director of a rogue debt management company has been banned from acting as a company director for 11 years following detailed investigations. Officials heard how Andrew Alan Dunn had completely mislead ‘Debt Management’ customers whilst paying out over £330,000 in dividends to a parent company.

Marketing And Lead Generation Limited , went under the trading name of One Debt Solutions, providing Debt Management services to the members of the general public who were experiencing financial distress.

After the authorities began receiving a large number of complaints over missing payments between 2010 – 2013,  Insolvency Service officials investigated the company’s activities.

Following an in depth operation, they learned that Dunn and his employees had been misleading customers over payments that had not actually been passed to creditors. Amazingly, a £330,000 was paid to a parent company, of which Dunn was a shareholder in February 2013. By December 2013, the company had been placed in liquidation with debts of £450,000 owing to customers.

Andrew Alan Dunn, 42, of  Stourbridge in the West Midlands, was ordered to provide an undertaking to the secretary of state for business, which prevents him from acting as a director of a company for 11 years from December 10 2015.

Debt Management Companies are currently under close scrutiny into their operations and not one has been granted full authorisation by the Financial Conduct Authority’s regulating board.

Susan Macleod, Chief investigator for the Insolvency Service, commented: “This company derived its income from people who were struggling financially and who had turned to it for help to sort out their debt problems.

“The director failed to pay due regard to the interests of these already vulnerable people and caused the company to carry on with misleading business practices despite persistent complaints and warnings.”

She finished: “This disqualification should serve as a warning that if directors behave in this way their conduct will be investigated and they will be removed from the business environment.”