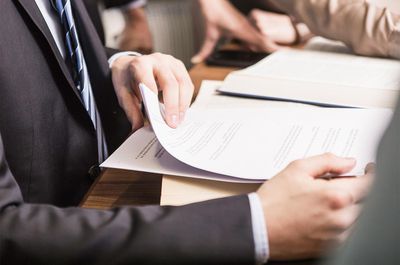 A rogue Landlord from North Wales has been sentenced to prison after failing to pay back a £28,000 private loan to a family friend.

Mark Thorogood of Llandudno, North Wales was found guilty by a jury of ‘defrauding’ Emma Edgley and jailed for four years at Caernarfon Crown Court.

A year after this, there was then a verbal agreement to loan him £28,000 which was to be put into his solicitors account whilst awaiting clearance of a mortgage and it was agreed the full amount would be paid within a couple of months.

Until the point when the full sum was due, Mr Thorogood had appeared to keep his word by making the £250 a month payments but it then transpired that the money had not gone to his solicitors account but indeed was being used by Mr Thorogood to make payments on mortgages on other properties he owned and he effectively ‘conned’ Ms Edgeley out of her funds.

Ms Edgeley said the whole episode had turned into a nightmare and she was forced into selling her property.

She claimed there was other victims too that Mr Thorogood owed money to by borrowing money with no intention to pay back.

She said “I feel stupid and duped. I find it difficult to trust anyone any more. I don’t trust my own judgment anymore”

Mr Thorogood had previously been fined £104,000 by the Financial Services authority for submitting fraudulent mortgage applications and issued with a prohibition order via his company Property Park Mortgages.

Anna Pope, Prosecuting on behalf of the crown said

“It was agreed between them that he would repay the money to her within a couple of months. She had no reason to doubt him as he had, up until then, appeared to keep his word.”