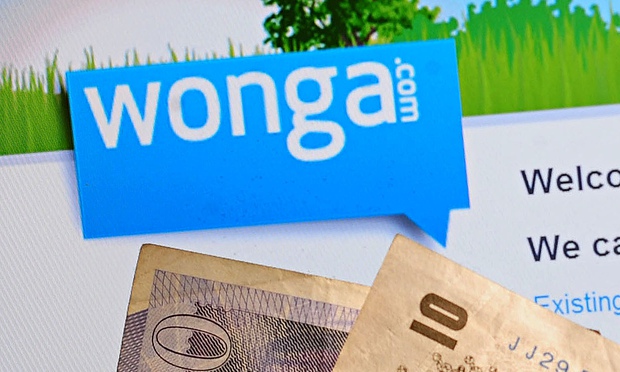 One of David Cameron’s top advisers is leaving Downing Street to take a job with controversial payday loan firm Wonga.

Jonathan Luff, the Prime Minister’s adviser on digital strategy, will move to the company – accused of acting as ‘legal loan sharks’ – immediately.

The move will fuel the debate about the ‘revolving door’ between ministerial aides and lobbying, with fears that top businesses find it far too easy to hire influential mandarins with inside government knowledge.

It comes only weeks after it emerged that Tory ministers agreed to hold meetings with Wonga at the party’s annual conference in exchange for donations.

The payday loan company is being investigated by the Office of Fair Trading.

Labour MP Stella Creasy said last night: ‘Along with Wonga paying for cosy chats at Conservative conference with ministers and the lack of regulation to tackle the problems these companies are causing British consumers, this appointment only further raises concerns about how seriously this government takes personal debt.

‘When most other countries have capped the costs of credit to protect their citizens from the debts this type of lending can cause, British consumers urgently need to know whose side their Prime Minister is on: theirs or the legal loan sharks?’

The MP, who has been campaigning against payday loans, questioned whether the appointment had been approved by the Advisory Committee on Business Appointments.

‘Like many other legal loan sharks, Wonga is making massive profits from preying on consumers in Britain’s poorly regulated consumer credit market,’ she added.

‘They have used these profits to target our football clubs and Saturday night TV, and now they are targeting the highest echelons of government.

Those Britons struggling with debts caused by payday lending and wondering why the government is doing nothing to help them will want answers.’

A spokesman for Wonga said Mr Luff would lead the company’s ‘government affairs team’. Stella Creasy, MP for Walthamstow, has campaigned against payday loans like Wonga

On his twitter account, he wrote: ‘What an extraordinary week. Huge thanks to friends both old and new. #onwards.’

Wonga has been fighting calls for new regulation which would limit its business activities and could lead to a cap on the interest rates they charge of up to 4,200 per cent a year.

A spokesman for the Prime Minister said: ‘We don’t talk about individual members of staff. He is a civil servant.

‘When civil servants leave the civil service there is a process that they have to go through.

‘That applies in all cases but I am not going to talk about individuals.’

It emerged earlier this month that a controversial payday loan company paid £1,500 per head for tickets to meet Government ministers at a ‘speed dating’ event.

Representatives of Wonga are said to have enjoyed ‘cosy meetings’ with ministers.

The event, which was also attended by corporate giants such as Aviva, Barclays and PricewaterhouseCoopers, was held in a ballroom in Birmingham during the Conservative party conference.

Last year, as the firm benefited from customers’ financial troubles, the number of loans it handed out rocketed by nearly 300 per cent to 2.5million.

In February, the Office of Fair Trading began an inquiry into the payday loan industry amid fears that it may be ‘taking advantage of people in financial difficulty’.  It also reviewed their Debt Collection practices after complaints from the general public.

Earlier this month, the debt advice charity, the Consumer Credit Counselling Service, said it has seen a ‘dramatic’ rise in the number of people with multiple payday loans seeking help.

Between January and June, 2,015 of those who sought help had five or more payday loans, averaging a total of around £1,500. For the whole of 2009, there were just 716 such requests for help.

According to one witness, eight firms sat at a table with a minister for 20 minutes before moving on to the next table where another minister was seated.

It is understood that Michael Fallon, the enterprise minister, David Gauke, the Treasury’s exchequer secretary, and Sajid Javid, its economic secretary, were at the meeting.