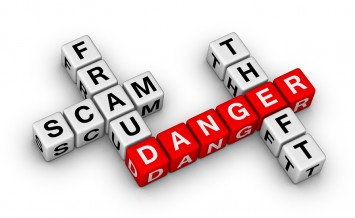 A payday lender has been fined more than half a million pounds and had its licence revoked after falling victim to fraudsters who successfully impersonated thousands of people to take out loans.

MCO Capital, which was using the online names Help Loan and Balance Loan when it was duped, failed to carry out adequate identity checks and lacked the skills and knowledge needed to run a consumer credit business, the Office of Fair Trading (OFT) found.

Its failures made it vulnerable to fraudsters, who used the personal details of more than 7,000 people to successfully apply for loans worth millions of pounds, the trading watchdog said.

MCO Capital then caused “unnecessary distress and inconvenience” by writing to people to collect the debts, even though it knew they might not have actually borrowed the money, the OFT said.

The watchdog has imposed a £544,505 financial penalty on MCO Capital and revoked its consumer credit licence, which it needs in order to trade. However, the lender has 28 days to consider whether to lodge an appeal and said it plans to continue trading, which it is entitled to do, while it decides what to do.

The lender, which now trades online under the names Speed Credit, Paycheck Credit and Pop Credit, said in a statement:

“MCO Capital is disappointed at the decision of the Office of Fair Trading and is studying the adjudication that it takes very seriously.”

“When we have had time to fully consider the decision of the OFT will we be in a position to decide our next steps, which could include lodging an appeal. MCO continues to trade as it is fully entitled to do so whilst a decision regarding a possible appeal is being made.”

Lenders must carry out appropriate identity checks under the Money Laundering Regulations, which are designed to stop lenders leaving themselves open to money laundering and terrorist financing.

The frauds took place around the summer and autumn of 2010 and people were chased for loans they may not have taken out well into 2011, the OFT said. City of London Police detectives, who wrote to those whose details were compromised, also raised concerns in April last year that people had received demands for the repayment of loans they had not taken out.

Sarah Brooks, director of financial services at Consumer Focus, said: “MCO’s practices will have caused considerable distress for consumers, so it is good to see this action from the OFT. However the difficulty is that currently the OFT has no power to stop the company trading until the appeals process has finished.” She said she welcomed the Government’s plans announced last month to give the OFT new powers to stop rogue money lenders and debt collectors in their tracks by instantly suspending their licences.

John Lamidey, chief executive of the Consumer Finance Association, which represents payday lenders, also welcomed the OFT’s actions. He said: “We are working closely with the Government to help raise standards in the industry and to prevent cases like this, which can cause significant problems for consumers.” He also said anyone taking out a payday loan should make sure the lender complies with the industry’s recently introduced good practice charter.

FSA CEO to Step Down From Role