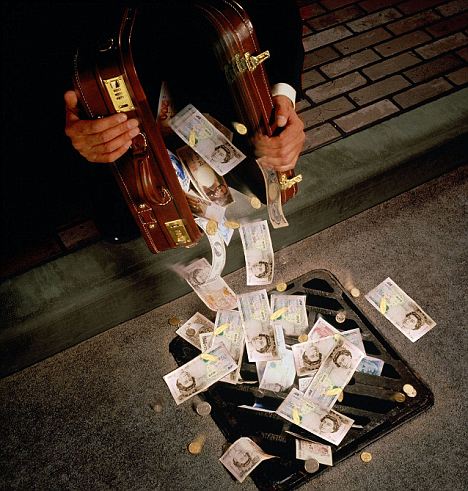 Small and Medium sized Companies have written off a massive £5.8bn over the past financial year according to new research.

Insurance Giant Direct Line has revealed that SMEs across the country are writing off an average of £21,000 every single day during the financial year of 2015 to 2016.

One of the most commonest reasons for the debts being written off is due to insolvency. Customers and trade partners alike going into liquidation is cited as one of the major causes for this huge deficit.

The survey done by Direct Line gave some surprising results.

Around 19% of companies that completed the survey said they had written off debts on average to the tune of £31,330

Direct Line’s Head of Business Nick Breton said “With more than a Million SMEs based in the UK, these enterprises really do make up the backbone of the British Economy”

He continued “It is alarming to see how much hard work goes unrewarded, especially when considering that many SMEs seem reluctant to chase, with reasons ranging from that their client cannot afford to pay or it may damage their relationship”

The research also showed that a whopping 7,000 companies have already entered liquidation in the first half of this year, 2016.

There is still a reluctance to chase unpaid debts which is also considerably feeding the problem. Until this changes figures regarding company insolvencies will continue to alarm.