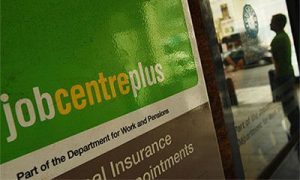 BAILIFFS are set to raid a Jobcentre and seize goods in settlement of an unpaid £400 bill.

Fed-up boss Will Davies was forced to go to court in a bid to get his money after the Brixton Jobcentre in south London refused to settle a routine maintenance bill.

Mr Davies’s emergency repair company was called out more than a year ago to fit seven emergency lights at the centre.

After not being paid he went to Northampton County Court and won his case. He now plans to use court bailiffs to seize property such as computers to settle the bill.

Mr Davies said: “You might think that when dealing with a Government-run organisation like the Jobcentre that they would pay their bills.

“But in spite of invoices, letters and phone calls they have just ignored us and refused to pay.”

The Manager of the Brixton Jobcentre was unavailable for comments when approached by UK Debt Collection News.