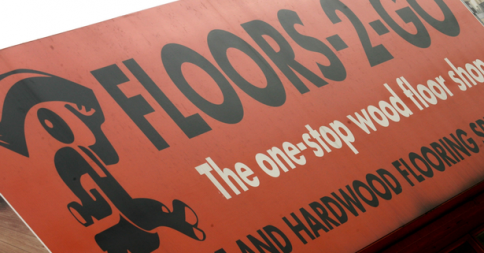 Administrators have been called into to troubled flooring firm ‘Floors-2-go’ for a third time.

Midlands based Insolvency firm MB Insolvency have been appointed to deal with the brands owner Nixon & Hope Ltd, earlier this month.

The flooring company was initially placed in administration in 2008 after which a deal was struck with brothers Richard & Robert Hughes, who are amongst the family’s founding group which started the business in 1999.

In 2011, administrators were drafted in again in 2011 which saw 53 stores closed down with the loss of approximately 200 jobs across the UK.

35 shops remained open when a new company was created known as Nixon & Hope was formed to support the buy out.

The Floors 2 go website currently shows F2G Retail Sales Ltd in London as its curent contact address. This company was incorporated at the end of May and has a different set of directors to the current ‘Nixon & Hope Ltd’

MB Insolvency have said “The business of the company is not trading in administration and had ceased trading before (it) entered administration.”

“It is understood that the company transferred all of its assets and employees on or around April 1, 2014, to Floors to Go Ltd and the business is being traded by F2G Retail Sales Ltd.

“Customer enquiries regarding supply of goods should be directed in the first instance to Floors to Go Ltd and/or F2G Retail Sales Ltd who we understand are continuing to trade the business of Floors-2-Go.”

There has been no official comment from the current Directors of the company.

500,000 Small Businesses at risk of going bust within weeks