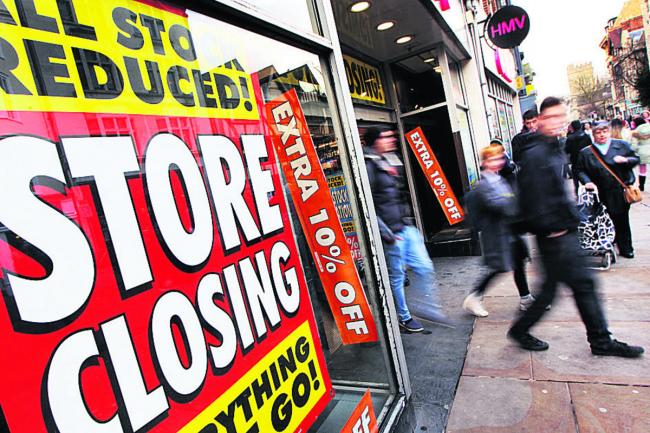 Warnings have been issued within the UK’s textile and clothing industry as it has been revealed that 9% of clothing retailers are facing financial trouble..

The latest research by Moore Stephens showed that out of 35,078 fashion retailers, 6,580 are showing early signs of financial turmoil which includes significant falls in revenue and increasing late payment.

A decrease in consumer spending and increased operating costs have compounded the pressure on the Nations’s fashion retailers as well as increased competition from the online clothing sector.

Consumer spending was at its lowest level for five years in 2017, with online spending making up a greater proportion of that spending than ever before.

Rising business rates (estimated to cost businesses an extra £5 billion by 2021-22) has meant most fashion retailers have had to increase prices and lowered profit margins to supplement these additional costs.

The situation has been further worsened by increases in payroll following the introduction of the National Living Wage. Online retailer have largely been shielded from these increasing costs.

Only last month, East became the latest major fashion retailer to enter into insolvency, following on from Jaeger and Store Twenty One. Over the past month, Debenhams has issued a profits warning to its shareholders after a poor Christmas trading period and House of Fraser is also looking at reducing operational costs.

Jeremy Willmont, Head of Restructuring and Insolvency at Moore Stephens, commented “Clothing retailers have faced some of the most difficult trading conditions since the recession in the past year. Fashion retailers have been hit by the perfect storm of rising costs, falling consumer spending and increased competition. All three have heaped pressure onto revenue and made profit margins difficult to maintain.”

“The increasing popularity of online-only retailers, who have more manageable bills for business rates and lower payroll, means that many fashion retailers will need to improve their ‘bricks and clicks’ offering if they are to thrive. Businesses that are able to adapt to changing trends and preferences will put themselves in a much better position to not only avoid insolvency, but to flourish.”