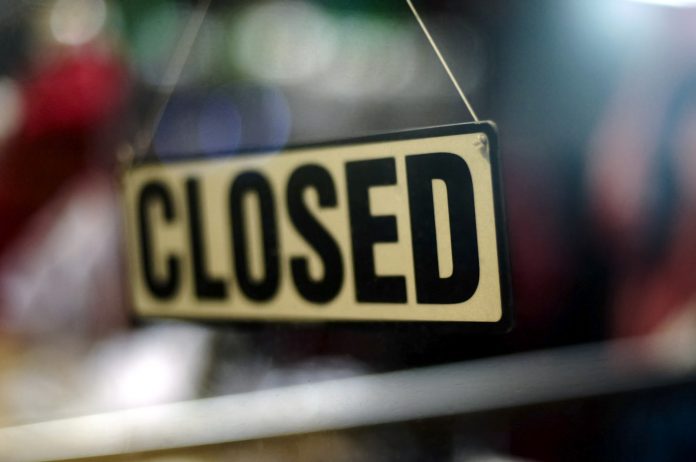 The latest Insolvency Service figures show that 3,978 companies were wound up in the second quarter of this year, showing a 10 per cent increase on the previous quarter and marking the highest figure recorded since the same period a year ago.

Some 662 firms also went into administration in the second quarter which is the highest quarterly number in a year and shows a 12 per cent rise on the first three months of 2013.

Richard Philpott, Midlands regional chairman of insolvency trade body R3 and a partner at KPMG, said anecdotal evidence suggests that creditors have been taking a tougher stance towards firms in recent months as the economy shows signs of an improvement.

He warned: “Now that the economic recovery is stronger, the likelihood of a jump in corporate insolvencies has increased.”

Chancellor George Osborne recently hailed Britain’s economy as being finally ‘on the mend’ as official figures showed a second quarter of growth. However, Mr Philpott said R3’s own research has shown that the number of businesses with serious cash flow problems has risen over the past year.

He said: “For the past 60 years, insolvencies have increased after a recession during the early stages of the recovery when the stresses of growth and renewed creditor pressure prove too much for struggling businesses to bear. However, the patchy recovery since the 2008-9 recession has helped prevent this post-recession insolvency spike from occurring.”

Mr Philpott said the quarterly increase did not necessarily signal the start of a new upward trend, adding: “We will have to wait and see what the next few quarters hold.”

Dan Butters, restructuring partner at Deloitte, said a ‘key challenge’ to firms will be how to raise the cash to fund expansion as any recovery gathers momentum.

This could result in more ‘zombie’ firms, which have been kept afloat by record-low interest rates and whose problems are too serious for them to invest or expand, being tipped over the edge.

Mike Jervis, business recovery partner at PwC, said the figures show that: “We are not out of the woods yet.”

Meanwhile the Insolvency Service also reported that personal insolvencies had edged up from a five-year low in the second quarter of this year.

Some 25,717 individual insolvencies were recorded, showing a three per cent increase on the previous three months, although this is still six per cent lower than the same period last year, the service’s report said. The overall figure masks a decline in bankruptcies, which fell by three per cent on the previous quarter and remained at their lowest levels for more than a decade.

Some 6,469 bankruptcy orders were recorded in the second quarter of this year, putting them one fifth lower than a year ago.

Richard Philpott, said: “The increase in individual insolvencies goes against the recent trend.

“R3’s latest Personal Debt Snapshot shows personal debt concerns rising since the start of the year. Although the economy is improving, the cost of living is taking its toll. There are a lot of families and individuals out there that do not have a financial buffer to protect them from any increase in necessary financial outgoings.

“It is noteworthy that although IVA use has increased, bankruptcy has continued to fall.

“We have been concerned for a while that the current rules on personal insolvency often make it difficult for people to use a formal insolvency process appropriate for their situation.

“Frequently, insolvent individuals cannot afford the fees to enter bankruptcy, but they have too much debt or assets to qualify for alternatives like Debt Relief Orders. This leaves the debtor caught in the middle, exposed to their creditors. Action needs to be taken by the Government to reduce the number of people in this situation by looking at payment by instalments for bankruptcy and amending the thresholds for entry into Debt Relief Orders.

“Individual Voluntary Arrangements offer an alternative solution. They do not have the same fee barrier as bankruptcy but they do have to be agreed by creditors, which can be easier said than done.”