An independent review of pre-packaged insolvency sales will begin in late Spring, the Government has said.

The review, announced during a Parliamentary debate, will consider how the pre-pack administration regime is working in practice and whether further changes are needed, according to a statement from the Insolvency Service. In a pre-pack sale, the business is marketed to a new buyer before the proposed insolvency procedure begins and sold immediately afterwards so that its value can be optimised by minimising the length of its association with a formal insolvency process.

“The Government has listened carefully to the concerns of creditors about pre-packs and that is why we already have measures in place to increase transparency and prevent abuse,” the Insolvency Service said. “Strengthened measures are being introduced to improve the quality of information insolvency practitioners are required to provide on pre-pack deals and we are using targeted monitoring of outcomes to assess whether there is evidence of abuse.”

“Used appropriately, pre-packs can be a highly effective process to ensure the best deal for creditors by better enabling the rescue of businesses, preserving value and safeguarding jobs. The independent review … will enable further evidence to be assembled on how pre-packs are working in practice and whether further steps are needed,” the Insolvency Service said.

The Insolvency Service was notified of 723 pre-pack sales during 2011, accounting for around 25% of all administrations during the year, according to the Insolvency Service’s latest figures. The practice has attracted criticism, particularly from the property sector, as unsecured creditors such as landlords do not need to be given advanced notice of a pre-packaged sale. In the majority of cases businesses are sold out of insolvency to ‘connected parties’, such as previous owners or managers. So-called ‘phoenix’ companies account for around 85% of pre-pack sales, according to the Insolvency Service.

The Government previously proposed changes to the pre-pack regime which would have seen all creditors given three days’ notice if a company was to be sold to a connected party.

The plans were abandoned at the beginning of 2012. Statement of Insolvency Practice (SIP) 16, which sets out the information that insolvency practitioners must provide to creditors shortly after a pre-pack sale has taken place, will be updated in May 2013 to ensure that pre-packs can only be done with “strong justification”, according to the Government. SIP13, which deals with sales of assets to connected parties, is also being revised.

Restructuring expert Alastair Lomax of Pinsent Masons, the law firm behind Out-Law.com, said that the problem was not with the pre-pack administration regime itself but with the “unscrupulous few” who abused the system. Although the independent review could identify “new trends”, practitioners could be forgiven for thinking that “the money would be better spent on giving the Insolvency Service greater resource to hold the few bad apples to account”.

“In situations where one worried customer or supplier can bring down a business, a pre-pack may offer the only means of a rescue that saves jobs,” he said. “In this context, the one thing that aggrieved creditors want – information – is the one thing that they cannot have, at least until a deal has been done.”

“To the vast majority of practitioners the real problem lies with the unscrupulous few who abuse the system. There is already adequate legislation in place to deter and punish offenders and an increasing amount of professional regulation aimed at improving visibility and accountability,” he said.

Among existing legal measures discouraging abuse of the system are disqualification orders, through which the Secretary of State can bar individuals from acting as company directors where it is in the “public interest” to do so, and provisions enabling the court to order directors to contribute to the assets of a failed company if they have caused it to trade wrongfully.

The Insolvency Service secured 1,200 disqualification orders and undertakings against directors of failed companies in year 2011-12, according to its figures, with an average disqualification length of 5.9 years.

However, property litigation expert Dev Desai of Pinsent Masons welcomed news of the review, pointing out that landlords could often be amongst the worst affected by a pre-packaged sale.

“Many landlords regard pre-pack administrations as a system where they can be particularly disadvantaged: where administrators and the ‘phoenix’ company decide to retain leases the landlords can be treated very well, but otherwise they will recover only a nominal proportion of the rent arrears,” he said.

“A review of the existing operation of pre-packs would be welcome news to the general body of landlords. Consideration by the review of the treatment of rent during conventional administrations could lead to necessary reform of the law,” he said.

Earlier this year a group of landlords claiming millions of pounds in rent that went unpaid after retailer Game went into administration last March began proceedings in the Companies Court, seeking clarification of the circumstances in which rent should be payable as an administration expense. 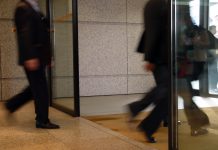