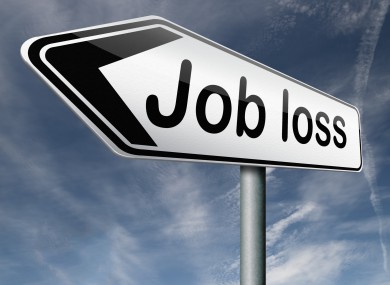 Job creation in Britain dropped to a near three-year low in June as employers viewed the future less optimistically than at any time since 2007, signalling a likely spike in unemployment days after policymakers moved to shore up an ailing economy.

The British labour market has so far showed resilience in the face of a second recession in four years, and the number of unemployed in the country has even declined but Monday’s Recruitment and Employment Confederation (REC) and KPMG jobs survey showed that, last month, numbers of permanent placements fell at the sharpest rate in almost three years.

Economic growth has been held back by a tough austerity programme under the Conservative-led government’s deficit-reduction programme.

UK firms have also been rattled by the debt crisis that has raged through the euro zone, Britain’s largest trading partner, for over two years and shows no sign of abating, a separate survey, of chief finance officers by accounting and consulting firm Deloitte, showed.

“The CFO survey underscores the connection between the macroeconomic environment and corporate behaviour,” Ian Stewart, Deloitte chief economist, said in the report that saw the biggest decline in employer confidence since 2007.

Large UK companies entered 2012 with the view that a breakup of the euro posed the biggest threat to their business, Deloitte said, adding that CFOs see hiring declining over the coming year.

They gave a 36 percent chance at least one member will leave the common currency zone, up from 26 percent last quarter, the Deloitte survey found. A Reuters poll of 59 economists last month found 37 saying the bloc would survive in its current form for a year.

Faced by a likely worsening of the euro zone crisis, the government is under pressure to take steps to revive growth and match stimulus efforts by the Bank of England, which on Thursday restarted the printing presses by announcing an additional 50 billion pounds of government bond purchases.

Both surveys were collated prior to the BoE’s policy shift.

The REC permanent places index, which measures how many extra workers are being hired, dropped to 46.8 in June, down from 51.0 in the previous month. A reading above 50 signals growth in placements, a number below a decline.

“A decrease in hiring activity means we could see a period of increased unemployment, especially as a new wave of school leavers and graduates will be entering the labour market over the summer.”

The number of temporary placements declined for the seventh month running while both average salaries for permanent staff and wages for temporary employees remained broadly unchanged.