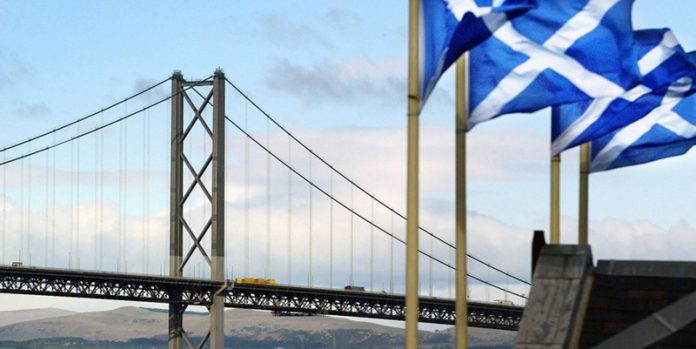 According to the latest figures from Accountant in Bankruptcy (AIB), the number of Scottish businesses that are going in to administration is continuing to fall with corporate insolvencies down by 3.8%.

Scottish Government Minister for Business, Innovation and Energy Paul Wheelhouse comments on the latest figures, “The shadow of Brexit looms over businesses the length and breadth of Scotland and it is clear this issue is having a negative impact on both growth and investment by our companies. It is a testament to the resilience of our industries, particularly in key sectors such as oil and gas that we are beginning to see economic conditions improving and this is reflected in these encouraging corporate insolvency figures.”.

“Businesses continuing to trade means workers keep their jobs and this contributes to the sustainable economic growth of Scotland.”

Tim Cooper, Chair of R3 in Scotland, the insolvency and restructuring trade body said “Company liquidations in Scotland recorded by the AiB have fallen after two quarters of increases, although they are still not as low as in January-March 2017, when just 155 corporate insolvencies were registered, compared to 202 in these latest figures.”

“In all, over 2017, the AiB recorded 15% fewer liquidations compared with 2016 (782 in 2017 against 920 in 2016). While 2017 may not go down as a banner year for the Scottish business community, the decrease in liquidations gives some reassurance that the economy is still ticking over. The AiB does not record business rescues – that is, administrations or Company Voluntary Arrangements – so this is an incomplete picture. It’s important to remember that insolvency isn’t necessarily the end of the road, and plenty of businesses entering an insolvency procedure will be rescued.”

“Traditionally, the period leading up to the festive season is marked by an increase in spending, as people look to treat their loved ones to a bumper Christmas. However, it seems that festive consumer spending in 2017 was subdued in comparison to previous years, with many people perhaps feeling more cautious about splashing the cash or flashing the plastic, while the growth in popularity of Black Friday, in late November, will have encouraged many to stock up on bargains, rather than paying full price. Recent troubles in the retail sector indicate that many shops have been hurt by a decline in their margins, along with lower footfall, as shoppers moved online for instant price comparisons, avoiding the cold and the rain on the high street.”

“The Scottish Government surveyed consumer confidence in October-December 2017 at -4.3 points, a fall of 1.2 points compared with the previous quarter, and firmly in negative territory – which indicates that the end of 2017 was a tough time for many firms. Scotland’s GDP grew more slowly than the UK’s as a whole in the third quarter of 2017, at 0.2% [UK: 0.4%], which will not have given businesses much momentum going into the holiday season. However, the rush of spending unlocked by the holidays may have helped struggling firms paper over the cracks, while businesses have also benefited over 2017 from a relative ease in accessing funding, which has meant that underlying structural problems have not been properly addressed in many cases.”

“Inflation increased over 2017, affecting the price of raw materials, while sterling’s weakness against other currencies continued to hurt importers. Businesses also had to contend with costs associated with pensions auto-enrolment and a rise in the National Living Wage. Those companies with salary bills of over £3 million were also liable for the Apprenticeship Levy, and any firm with a bricks-and-mortar presence had to factor business rates in to their budget.”

“You could forgive Scottish businesses – along with their peers across the UK – from feeling that the corporate landscape is getting trickier to negotiate. Companies looking to put themselves on a firm footing for 2018 and beyond should consider speaking to a licensed and professional business advisor, making sure to check their credentials.”