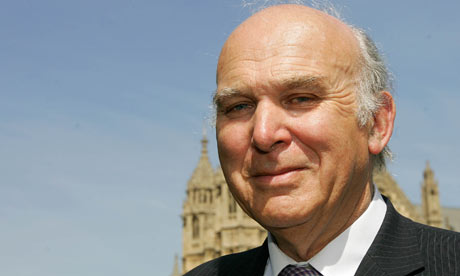 VINCE CABLE has outlined proposals to shake up the insolvency profession, including plans to make directors personally liable for corporate collapses.

In a speech today the business secretary (pictured) outlined a consultation to reform the industry. The changes include a register to identify a company’s ultimate owner, extending disqualification times for directors and banning those directors which have already been banned outside the UK from running a UK company.

He also hopes to encourage courts to consider previous company failures of a director when handing down sentences.

Cable is also seeking to give disqualification powers to the Financial Conduct Authority in addition to the Insolvency Service – which is currently the only organisation that can hand out the sanction. He also hopes to extend the time limit for bringing disqualification proceedings against directors to five years from two.

The reforms are part of the launch of the transparency and Trust discussion paper put forward by the Department for Business Innovation and Skills (BIS).

The transparency and trust paper can be downloaded here and respondents will be given until 16 September.

As part of the transparency drive BIS also launched a review into pre-pack administrations earlier this year to see whether they encourage growth, employment and provide value to creditors.