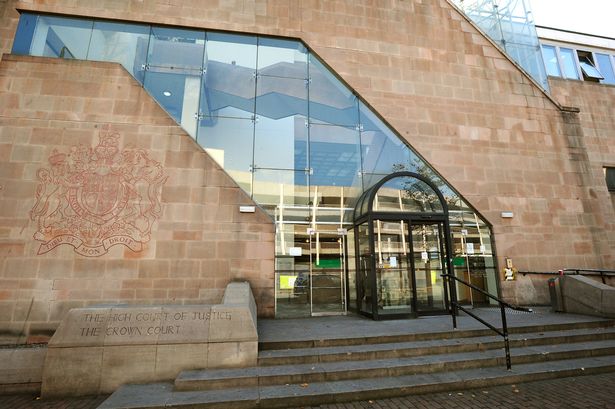 A thug from Nottingham appeared in Nottingham Crown Court last week on charges of assault and threatening behaviour, following an incident in July.

Ashley Marlow aged 40 of Bulwell, Nottingham was at the home of his girlfriend when Court Enforcement Officers attended in respect of a unpaid debt for £400.

The Bailiffs were explaining to the girlfriend that they would be seizing goods if the debt was not paid immediately.

The defendant along with his girlfriend had started making phone calls to raise the money. When the funds were not forthcoming, the Bailiffs advised that they were running out of time at which point the defendant became very aggressive.

He grabbed one of the Bailiffs identity cards and said ‘I will find you’. He then proceeded to claim that all the items in the property were his but could not offer proof when receipts were requested.

Marlow then requested them to leave the property to which the Bailiffs refused.

The Bailiffs then called Police and whilst on the phone, the defendant knocked it out of his hands.

He then warned he was going to set them on fire and take an eye out. As tensions rose, one of the Bailiffs tried to hold back the defendant and a struggle began.

Marlow stuck is palm in the face of the Bailiff, inserting his thumb into his eye.

Police arrive to calm the situation which resulted in one Bailiff having a ripped t-shirt and the other having blurred vision in one eye.

The defendant was found to have 51 previous criminal convictions including offences of violence towards Police officers and multiple cases of common assault.

Judge John Burgess presided over the case. After taking all factors into consideration, he imposed a sentence of 12 weeks imprisonment, suspended for 12 months. He also requested a further 5 days be added to a existing rehabilitation programme.

The judge warned the defendant that if there were any further assaults on anybody, there would be no alternative but to impose a custodial sentence.